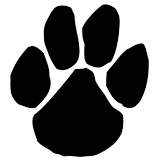 “Bella is the top returner scorer for the Lady Panthers totaling 73 points in the ’21 season.  Throwing over 30 feet in the shot put as a sophomore and finishing in the top 8 at Districts, McArdle expects a big year from the junior in both that event and the discus.”

“Weaver enters her senior season as the Panthers top returning hurdler in both the 100 and 300, making Districts in both events last year.  She also will figure heavily in the Panther sprint relays.”

“Coming off of a 3rd place finish in the 100M dash at Districts last year and a 6th in the 200M dash, McArdle feels that Taveras has a strong shot of making it out to Shippensburg for the PIAA Championship Meet and perhaps even break some long-held school records in those events.  She will also likely anchor the 4 x 100 and 4 x 400 relays for the Lady Panthers.”

“A standout volleyball player for the Lady Panthers, McArdle also had a strong track season as a freshman scoring 43 team points and qualifying for Districts in the 200M dash, 400M dash, and 4 x 400.  With the graduation of McLeod, Riley will likely move from the 400M to the 100M dash and 4 x 100 relay, while also being the top returning long jumper for the Panthers.”

“With an 8th place finish in the javelin at Districts last year and 5 of the girls ahead of her graduated, Trubilla is hoping to be among the top throwers in the District this year.  Sadie has a personal best just short of the 100 foot milestone, so that will be her first goal of the season to attain, with the ultimate goal of League and District medals.”

“Diekman had a solid 2021 season as the Lady Panthers #2 distance runner.  With top-scorer Hailey Shreffler now running in college, Chloe is set to take the reigns as the top 800, 1600, and 3200 for distance coach Brent Reabold’s crew.”

“New to the track team, McArdle is excited about the addition of Knoblauch.  He feels that she can push the returning sprinters and hurdlers and also strengthen the 4 x 100 and 4 x 400 teams.”

“Maynard is one of those standout PV athletes from other sports who McArdle targeted when he got the track coaching job.  Just a sophomore, she already has 580 points in her basketball career.  Madison is athletic enough to compete in both the sprints and throws and should figure into the mix for relays for the Panthers. ”

2022 Outlook: “The Panther Girls team had a very successful 2021 season.  Their dual meet record was 6-1 and they finished with the 6th highest team point total in the District XI Championship Meet.  While the top four point-scorers have graduated from that team, numbers five through ten return this year giving the Panther faithful a lot to be optimistic about.  McArdle seems to be excited for his team’s team and individual outlook this year.  “We have six girls who were key factors in last year’s success who are returning, and we added several of our best athletes in the school from other sports to the track team this year, so I think we can have a season similar to last year’s.”