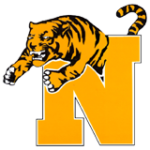 “All state selection, Morgan looks to pick up right where she left off as a top player in the league, with even more of a leadership role and anchoring the middle infield in her 3rd year starting at SS for the Tigers.”

“Brynn is hoping to keep the momentum of last year going this year, has the intensity and belief that her team is never outmatched against an opponent.”

“The Penn State Harrisburg commit, looks to improve on a stellar JR year when she took over the full time catching duties.”

“The Junior third baseman and carpenter cup member is looking to keep improving as one of the areas top infielders.”

“The all-state sophomore makes a move from lf to cf replacing Kylie Zentz, will look to be more of a leader in the outfield and setting the table by serving as the team’s lead off hitter.”

“Primarily an offensive contributor, the sophomore Akelaitis will be asked to handle the every day duties of play 2B.”

2022 Outlook: “The tigers are looking to build upon the success of last year’s team, but it won’t be easy.  They need to find a way to replace a group of seniors who brought the first league title since 2006.  The Tigers have a nucleus of experienced players coming back, but they won’t be able to sneak up on anyone this year.”