A Great Day to be a Central Catholic Fan 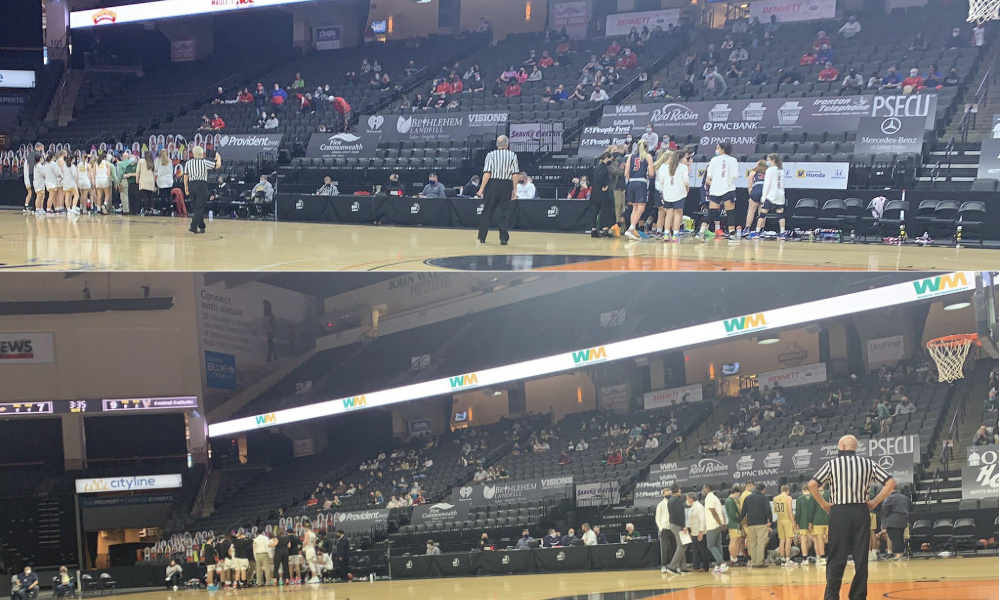 Neither of the Allentown Central Catholic girls’ or boys’ teams came into the District XI basketball playoffs as the number one seed. By the end of the tournament though it did not matter what seed they were, as the Vikettes and Vikings won back to back championships, with the girls winning the opening game at noon and the boys winning after at 2:30. It was a memorable moment for the boys, as they captured their 20th District XI championship, and it was over archrival Bethlehem Catholic.

The third seeded Vikettes defeated North Schuylkill on a buzzer beater from Julia Roth in the semifinals to advance to the PPL Center. Their opponent, the Lady Olympians front Jim Thorpe, defeated the top seeded Northwestern Lehigh Tigers in their semifinal game as well. Both teams came into the matchup wanting to play different styles of games. Jim Thorpe’s success is based on forcing turnovers and getting in transition. This allows for Skyler Searfoss to control the tempo and frees up Leila Hurley for open threes. Central Catholic though looks to get the best possible shot by using precise passing and ball movement, and is not afraid to hold the ball for minute long possessions.

The game tipped off and the first quarter was all Hanna Hoeing’s. The Vikette junior scored the first 7 points of the ballgame and got the Vikettes off to a hot start. Central Catholic led 14-7 after the first quarter. The pinpoint passing against Jim Thorpe’s tenacious zone allowed for openings in the middle of the paint for short jumpers and easy points. The beginning of the second quarter belonged to Jim Thorpe as junior guard Skyler Searfoss started to heat up and led the Olympians on a 9-2 run to tie the ballgame at 16. Going into the half, Central Catholic started to use their tempo to their advantage again and took a 24-21 lead into half. A very methodical third quarter ended with the Vikettes leading 32-30. By the time the fourth quarter media timeout rolled around, Jim Thorpe scored a bucket to knot up the score with under four minutes to go. Jim Thorpe took a 34-32 lead with under three minutes to go, but Vikette freshman Molly Driscoll scored back to back buckets to put Central Catholic ahead. Mackenzie Yuhas tied the game up with under a minute to go off of a Skyler Searfoss assist. It appeared as though Central Catholic was going to hold until the last few seconds of the game to shoot, but after the ball was swung to senior Emily Vaughan, she didn’t think twice and launched a three ball into the air, where it hit nothing but net to give Central Catholic the lead for good. Madi Szoke sealed the game with two free throws in the waning seconds of the ballgame. Central Catholic did not miss a free throw the entire game, which was very important toward the end. Emily Vaughan was the hero for the Vikettes, as they won their first District XI championship since 2012.

After the arena was cleared and the Central Catholic fans celebrated their victory, they got back in line to cheer on their boys teams as the second seeded Vikings as they took on rival Bethlehem Catholic. The teams arrived and were ready for a 2:30 P.M. tipoff for the 4A boys title. The game started very physically, and after a Tyson Thomas stepback jumper, the Vikings led 13-10 after a quarter. Central Catholic dominated the second quarter, outsourcing Becahi 20-8 to take a 33-18 into the half. Junior Liam Joyce led the way in the first half with a dozen points. Becahi started to come alive in the second half, but as soon as it seemed like they were poised to make a run, Central Catholic responded. Fueled by Liam Joyce’s 24 points and powerful play down low, the Vikings coasted to a 57-42 victory, giving them a District XI title, and giving them a date with Pope John Paul II, the District I champion. Last season, the Panthers knocked out Central Catholic in the state playoffs. Liam Joyce was excited about the victory and the possibility of playing Pope John Paul at home in the state playoffs. Tyson Thomas also chipped in 17 points for the Vikings, who begin their state title run on Tuesday.