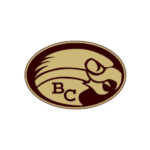 – Emma Bond: Has been the team’s primary pitcher ever since her freshman season. Pitched to a 13-8 season last year with a 2.44 ERA, turning the season around with a 2-1 complete game victory over Freedom following an 0-4 start.

– Angie Iovino: A first year starter last year, provided a spark with a .306 batting average from the #9 slot in the batting order.

– Jordan Merklin: New to Bethlehem Catholic last year, she led the team with a .510 batting average, .583 OBP, and 11 stolen bases.

– Kristal Torres: A .303 hitter last year as a first year starter, saw time both at third base and in left field, had many clutch post season hits, including a 3 hit game in the district final against Northwestern.

2022 Outlook: “The Hawks have a very talented team, but are very young with four freshman. We expect that our team leadership, particularly from our senior class, will be the driving force in building team chemistry.”