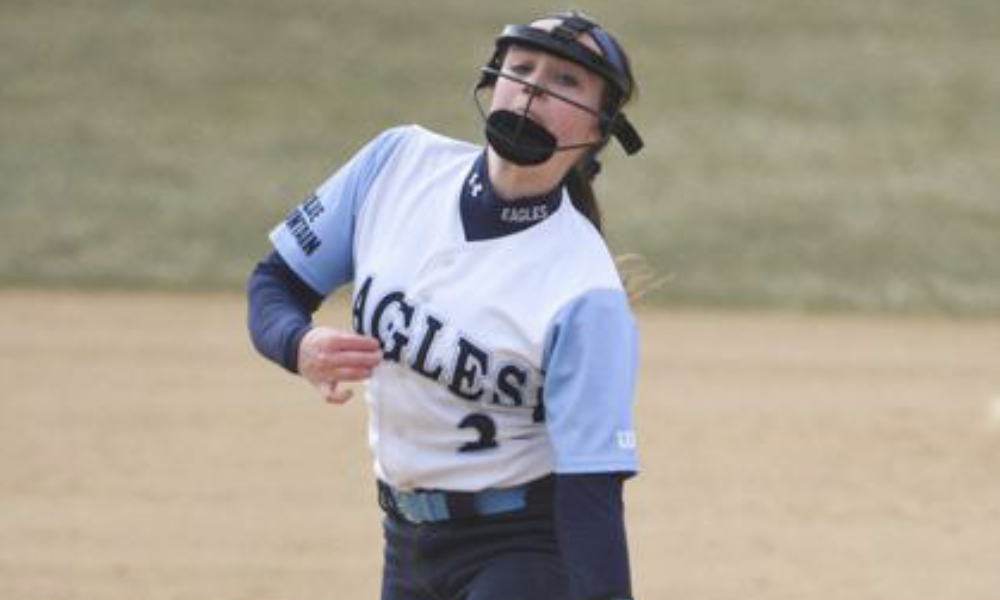 The Lady Eagles Softball team has high hopes for this year. With only two returning seniors, Bryn Russian and Emily Brennan, the team has a lot of young and ambitious athletes. Russian commented, “My expectations for this year are pretty high… We have a good amount of young players, which is an adjustment, but the athleticism and talent of our team is incredible.” Russian, as the team captain and starting pitcher, says that her teammates are hardworking and supportive. “We put in time and effort and the girls on the team are very supportive of one another. There’s always cheering going on whether we are in the batting cage at practice, or in the dugout during a game.” This year, their goal as a team is to win states.

The young team is confident that their season will be a competitive one. Russian exclaimed, “Our varsity squad is a pretty solid team this year, and we are all very ready for the season to start! We are excited to see what this year brings!”