Hornets open up districts with a win over Freedom

Emmaus Boys Lacrosse opened up District play with a big 14-2 victory over Freedom. Right from the start, Emmaus came out ready to win. They scored the opening goal early and never looked back. The first quarter finished 4-0 in favor of the Hornets.

The second quarter was more of the same from Emmaus and they went into half up 9-1.

Third quarter was a slower paced quarter, but the hornets still net three goals. Making it 12-1 after three.

In the fourth, Emmaus played their subs and still found two goals. Freedom would add a goal as well making the final 14-2. 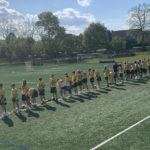 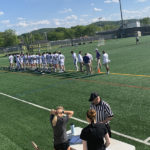