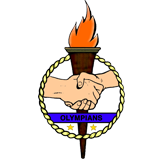 Outlook: “We had a strong turnout this season, with 30+ wrestlers coming out for the team. They are by a core group of experienced wrestlers” said Dan Heaney. “Seniors Gabe Heaney, Caleb McDermott and Jared Newhall all have significant varsity experience, as does Snyder, Capria, Fitzpatrick and Dechert. The team has been working hard in preparation for the season and looking is forward for the opportunity to compete.”

“I think we are in a good spot right now. We have a strong group of seniors as well as a group of underclassmen who saw significant varsity action last year, we are hoping to build on that foundation.  We believe we can be competitive in our league and  have a few wrestlers with the ability to advance in the post-season. We are looking forward to having as close to a normal season as possible.”

“Gabe is the only wrestler on pace to hit 100 wins this season.  Both Caleb and Jared were on pace to 100, however, injuries in their Junior year put a damper on that.”