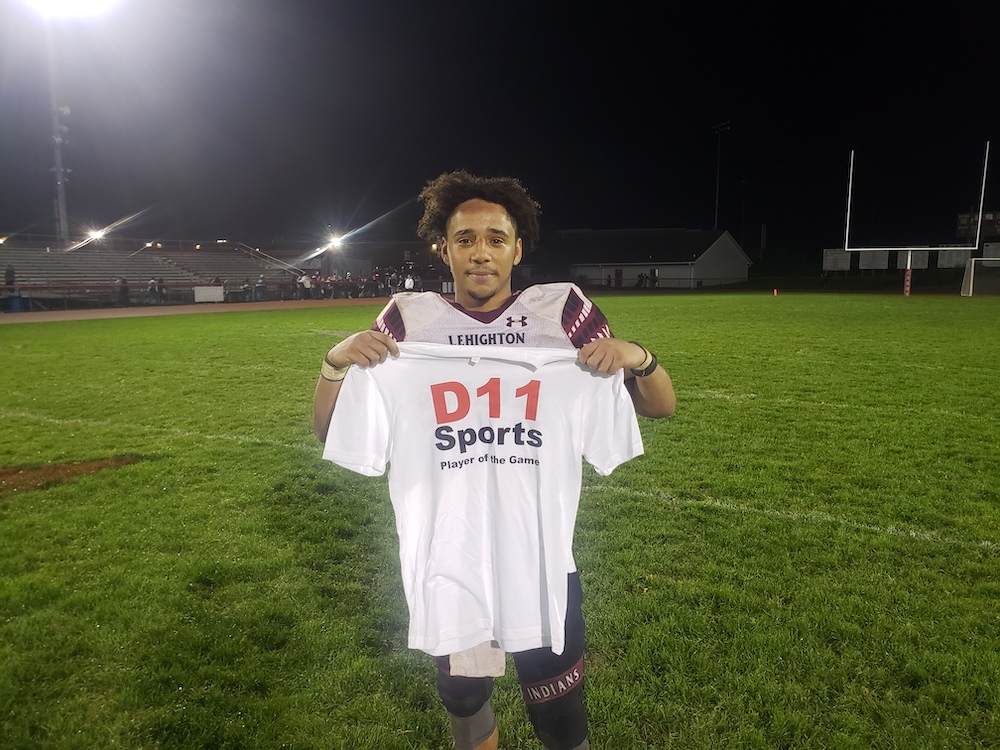 by Jonathan Macsay and Abigail Buffington

After a defensive stop, the Indians began marching again, but this time Indians QB Richard Fronheiser was picked off by the Cardinals Nick Wolff. After a poor decision to bring the pick out of the endzone, Pine Grove was backed up at their own one-yard line. Trying to force a safety, Lehighton brought pressure and the Cardinals made them pay. Ayden Ney went streaking 99 yards down the field to paydirt to put Pine Grove back up 13-7. On the very next play after the kickoff, McDowell ripped off an impressive 63-yard touchdown run of his own, and just like that the Indians went back on top 14-13. Again, on the succeding drive the Cardinals came right back. Brody Robinson ran in his second TD of the half, giving Pine Grove the 20-14 lead which was the halftime score.

At the start of the third quarter, Brandon Kocher intercepted a pass thrown by Pine Grove’s quarterback Mason Kroh and returned it to the Pine Grove 16 yard line. After a few rushing attempts, Jayvon McDowell ran the ball in for a two-yard touchdown. AJ Light’s extra point put the Indians on top of the Cardinals 21-20. Kroh then threw another interception to Zach Hunsicker at the Indians’ 16-yard line.

At the end of the third quarter, Lehighton led 21-20 over Pine Grove. As the fourth quarter got underway, Hunter Crum made a three-yard touchdown on fouth and goal after much deliberation from the refs. This made the score 28-20 Lehighton. Pine Grove then tried to respond, but Hunsicker picked it off, his second of the night, to stop them from scoring. The Indians ran out the clock and pulled off a huge win 28-20 over Pine Grove.

After the game we talked to Lehighton’s Jayvon McDowell, the D11 Sports Player of the Game. McDowell, who had 253 yards and three TD’s on 25 carries was beaming with happiness. “It all starts with those big guys up front. They did a heck of a job tonight. The coaches had a great game plan, and we had a wonderful week of practice. We came in and executed across the board and came out with a W.”

Lehighton Head Coach Tom McCarroll was proud of the team’s effort sa”ying,These kinds of game’s show character and intestinal fortitude. I’m really proud of our kids effort.” When asked about how the Indians could use this win to prepare them for next week against undefeated North Schuylkill, McCarroll said ” We have the best team in the league coming in next week. All we can do is use this as a motivator. We look forward to the challenge next week.”

Lehighton (3-4) moves on to play the Spartans of North Schuylkill (5-0) next week who have been off the last two weeks due to COVID-19 concerns. The Cardinals of Pine Grove (2-5) will match up against the Tamaqua Blue Raiders (4-3). 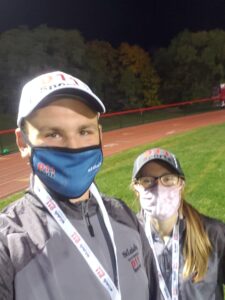 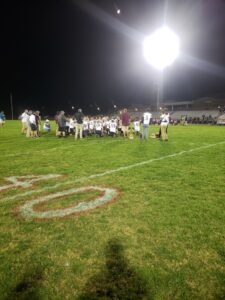