Moravian Academy advances to the PIAA quarterfinals in Tennis 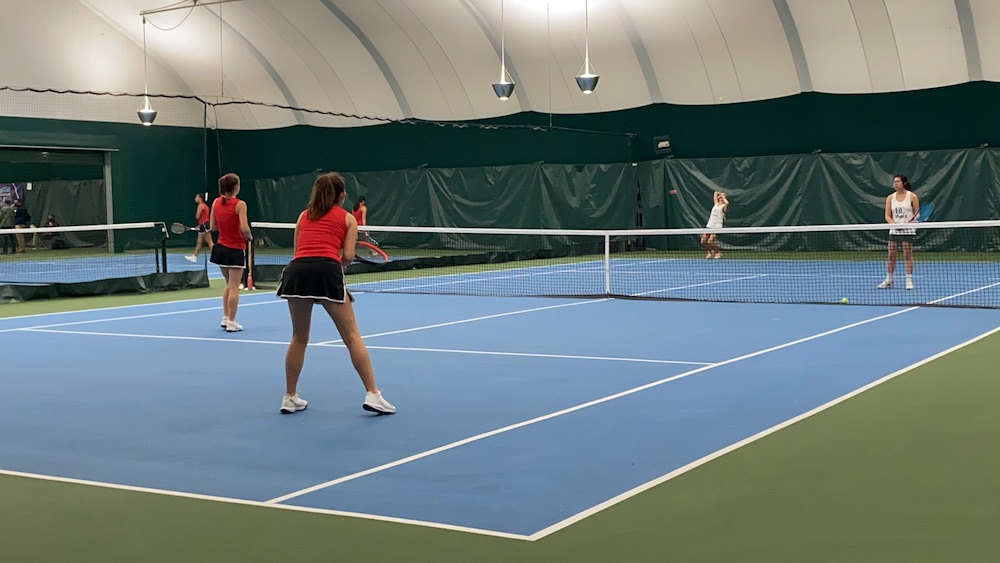 Winning Touch in Allentown the site on Monday afternoon for the opening round of the PIAA 2A Team Tennis Tournament. The Moravian Academy Girls battled with District 1 Champion Delaware County Christian and in the end, the District XI champions proved to be too much, winning 3-1.

From there, the Moravian Academy Doubles took over. Grace Wright and Sophia Brands with a statement win at number 2 doubles. They beat Hannah Yang and Lillianna Dempsey 6-0 6-0. The team match was decided at number 1 doubles. Dedee Hoffman and Yan Yu beat Ashley Van Dixhoorn and Ersy Neal 6-4 7-5.

Jamilie Atiyeh won the first set over Sarah Stahl 7-6 and the two players were tied at 5-5 in the second set, before their match was halted, once the team match was decided.

Next up for Moravian Academy, will be Conrad Weiser, the District 3 Champions. That match is scheduled to take place on Wednesday. Meanwhile in the 3A class, Southern Lehigh will have a quarterfinal round matchup against State College, the District 6 champions. That will take place at Mansion Park in Altoona at 2pm.

MOVING ON— Head Coach Rick Brown along with Yan Yu & Dedee Hoffman of @MoravianAcademy talk about their 3-1 win over Delaware County Christian in the opening round of the @PIAASports 2A Team Tennis Tournament. @Colonial_League @PIAADistrictXI pic.twitter.com/oSso3AwIm8