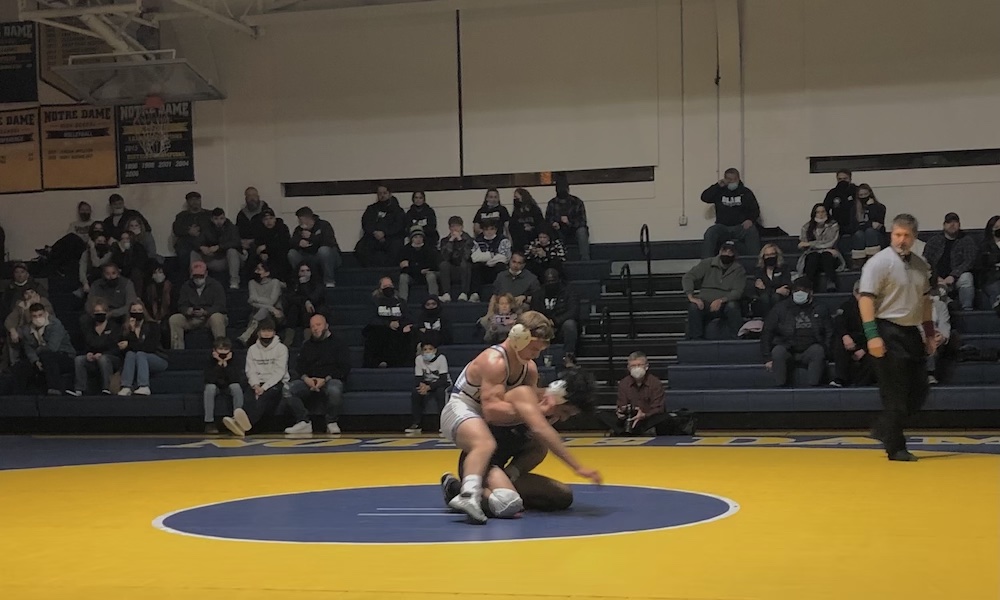 The Notre Dame (Green Pond) High School wrestling team played host to Blair Academy in what was a challenging night for the Crusaders.

Then, at 120, there was a double forfeit. At 126, Blair Academy’s Matthew Lopes defeated Crusaders Jacob Wehr by fall.

The gym at Notre Dame was packed with enthralled fans from both teams. Notre Dame fell to Blair Academy with a final score of 52-6. Blair Wrestling, the current number two team in the country, faced a well fought battle from the Crusaders. 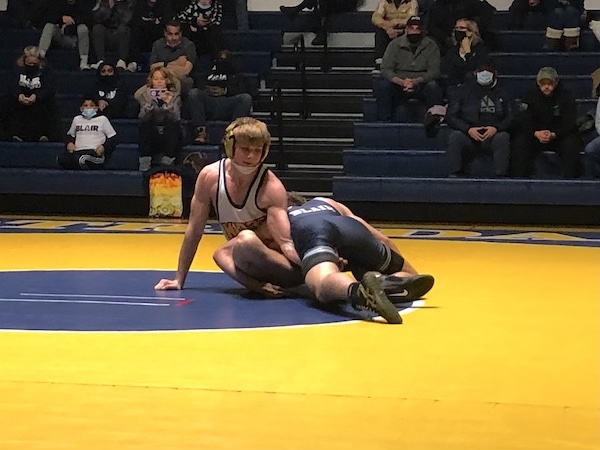