Parkland is back on top in Girls Lacrosse

The Parkland Girls Lacrosse team has been a dominating force for the last six years. After winning five straight league championships, their reign came to an end last year losing to Easton in the EPC Championship 14-13 in overtime.

On Monday night, it was a rematch of last years title game and this time it was the Trojans that scored early and often en route to a 12-6 win. Parkland was led by Senior Morgan Hurd who tallied five goals helping the Trojans win a league title for the 6th time in the last seven years.

Parkland found themselves down 1-0 early on but then would score six of the next seven goals and lead 8-3 at the half. Hurd would score four goals in the first half and add another in the second half to seal the deal for the Trojans.

In the loss, the Red Rovers were led by Riley McDonald who scored three goals. Next up for both teams is the upcoming District Tournament.

It was a great night all around for Parkland as the Boys team won their second straight championship, beating Central Catholic 9-8 behind three goals by EPC MVP James Cipolla. 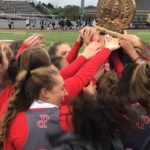 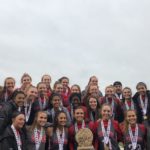 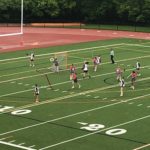 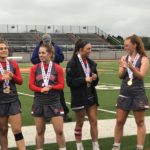 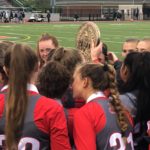