The Pen Argyl Green Knight softball team looked to keep their strong season going as they hosted the Palisades Pirates on Tuesday afternoon.

The Knights took the lead early with a home run from Abby Weaver in the first and an RBI from Carina Cutone in the second inning.

The Knights kept their lead through the first five innings with solid pitching from Kayla Holley, only allowing two hits through five innings.

The Palisades Pirates battled back and managed to put up two runs of their own and kept the game tied going into the bottom of the seventh inning.

With the bases loaded, Gianna Ianni hit a ground ball up the middle to score the game winning run. Pen Argyl wins 3-2. 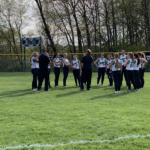 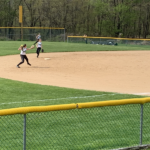 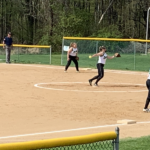