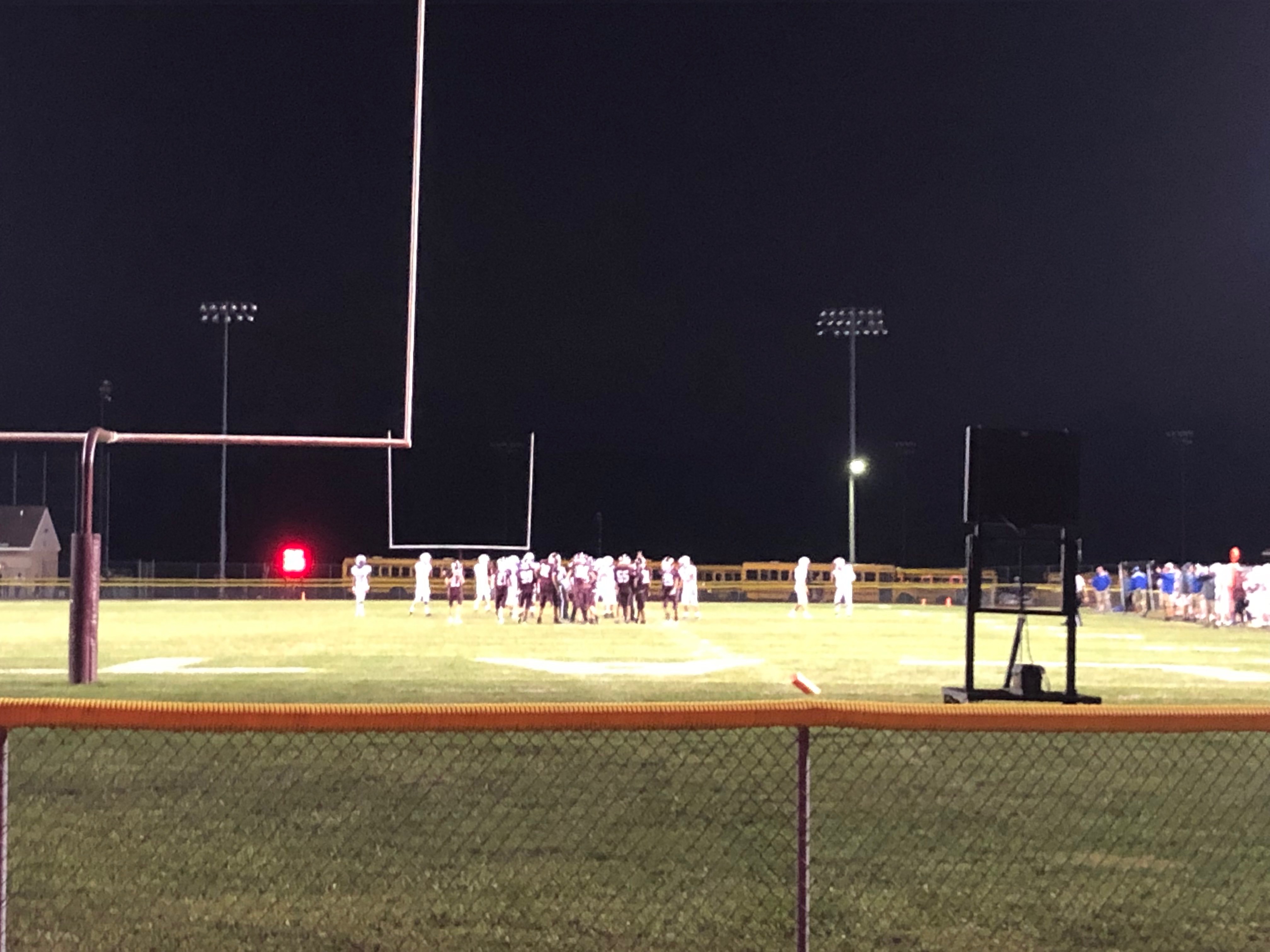 It was a beautiful night under the Friday night lights at Bangor Park Memorial Stadium. The Bangor Slaters challenged the Southern Lehigh Spartans while our future athletes, marching band members and cheerleaders watched in the stands and on the field during Bangor’s youth night. The first quarter started with a touchdown for the Spartans from the one-yard line. With the clock at 6:09, the Spartans had a successful extra point bringing the score to 7-0. Another Spartan touchdown and EP minutes later brought the score to 14-0. Despite the struggle on the Slater defensive line, the Spartans ran a 73-yard touchdown to start the second quarter.

The Slaters fought hard all game but unfortunately the game did not end in their favor. The final score was Southern Lehigh 49 and Bangor 0. There are hopes of a better outcome with next Friday’s game against Northwestern Lehigh as the team embarks on the games away from home. The Slaters will return to their home stadium October 4th for the 2019 Homecoming game.

Spartans 21- Bangor 0 heading into the 2nd Quarter. Slater 1st down to start the 2nd. ? @D11Sports @SlaterAthletics

Spartans 28 Slaters 0 at the half. Hoping for a comeback in the second half. ?⚒ @SlaterAthletics @D11Sports @BangorSlatersFB