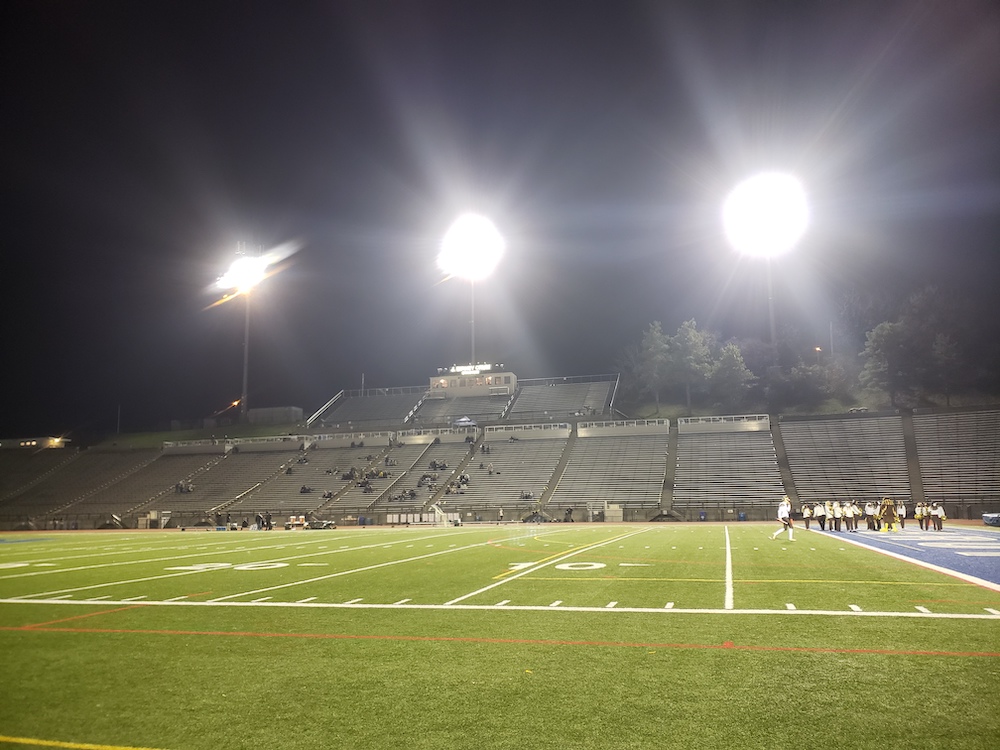 The Allentown Central Catholic Vikings defeated the Bethlehem Catholic Golden Hawks on Friday night at the nostalgic J. Birney Crum Stadium. The night started with a bang from the Vikings when Jayden Williams broke a run 56 yards to paydirt to put ACC up 7-0, just 3:25 into the contest. Early in the second, Williams found his way back into the end zone to extend their lead to 14-0. The Vikings defense was stifling in the first half, which led to a 14-3 lead at the break. In the third, ACC ran away with the game with yet another five-yard TD run from Williams, a 53 yard TD on a punt return, and a scoop and score that propelled Central Catholic to a 35-3 margin.

The Golden Hawks scored a few touchdowns late from Luke Thomas and Rafi Harrington, but the Vikings were way too much to handle. The final score was a 38-17 Central Catholic victory in which the Vikings really dominated a quality Bethlehem Catholic squad. The Golden Hawks finished the season going 4-4, and will look ahead to better fortunes next season. The Vikings are now 6-2 on the year and will face the Tigers of Northwestern Lehigh in the District 11 4A Championship game this Thursday 11/19 at Whitehall High School.

Jayden Williams back in the endzone for the Vikings, this time from 5 yards out! 10:14 left in the first half, Central Catholic leads 14-0 @D11Sports @acchs_football @Becahi_Hawks pic.twitter.com/F7XpbT9CVr