A 3-peat for the Liberty Hurricanes

Three times is a charm for the Liberty Tennis Team. On Thursday afternoon, the Hurricanes battled with Nazareth and in the end pulled out a 3-2 win to capture the District 11 3A Team Tennis Championship.

Nazareth had wins by Gabe Knowles at number one and Nathan Tauber at number 3 singles but the Canes would also sweep doubles and now will represent District 11 in the PIAA state Tournament.

The win was also the first under first year head coach Chris Conrad who took over for Leo Schnalzer who resigned last season. 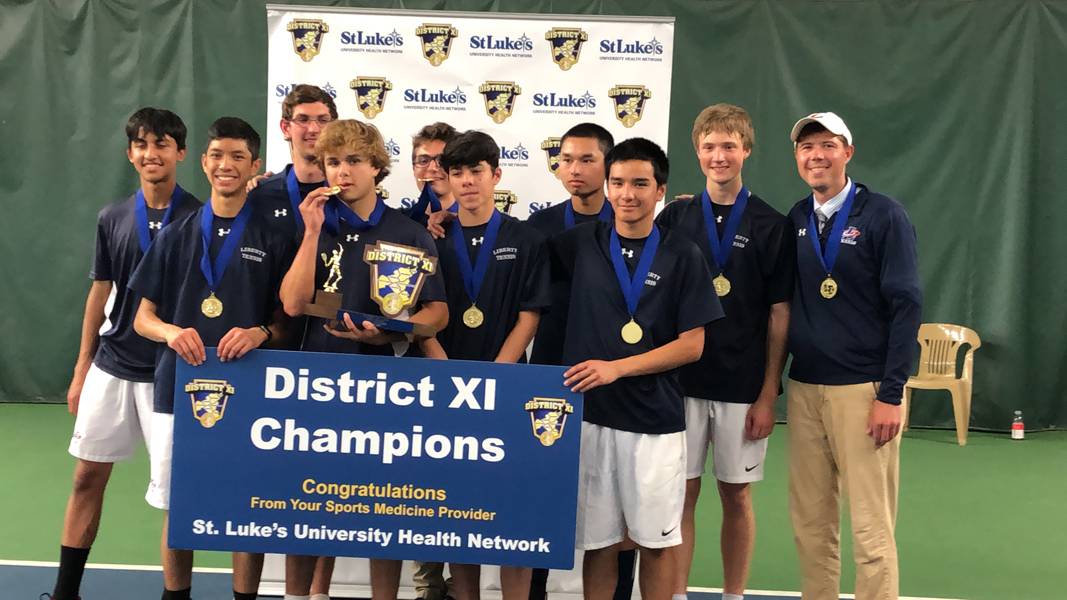