The Dynasty continues for Moravian Academy

The Moravian Academy Tennis team continues to be one step ahead of everyone else as they dominated Central Catholic 5-0 to win their 12th consecutive District 11 Team Tennis Championship.

The Lions led from start to finish earning another title for the school and the first championship under first year head coach Rick Brown, who took over for Tom Schoeninger.

Brown is excited about his new role and has learned a lot from Schoeninger, who retired last season after 21 years and 400 plus wins.

The Lions will now prepare for the upcoming PIAA State Tournament. 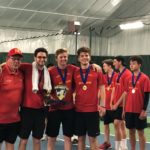 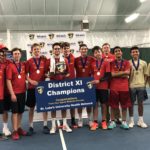 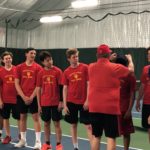