A Golden opportunity for Saquon to come home

His sister was going for a gold medal and Saquon Barkley wouldn’t miss it. On Wednesday afternoon, Barkley made his way to Whitehall High School to see his sister Aliyah run in the EPC Track and Field Championships.

Barkley watched from the sidelines as his sister and her teammates won first place in the 4×100 relay. Barkley also was on hand to put the gold
around his sisters neck. Joining Aliyah on the podium were Kate Bonshak, Helen Davis, and Aspen Schache.

And while he was surrounded by athletes throughout the afternoon seeking a photo with the NY Giants running back, Barkley was focused on being there for Aliyah.

“I just want her to know that I’m here and I love her and I’m here to support her,” Barkley said. “Even though it’s a little crazy with people waiting to take photos of me, the only reason I’m here is for her.”

Barkley also won a track gold medal at Whitehall during his senior season. 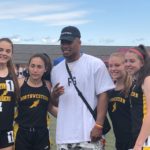 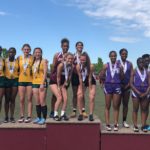 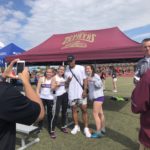 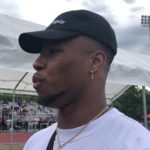 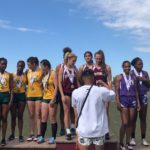