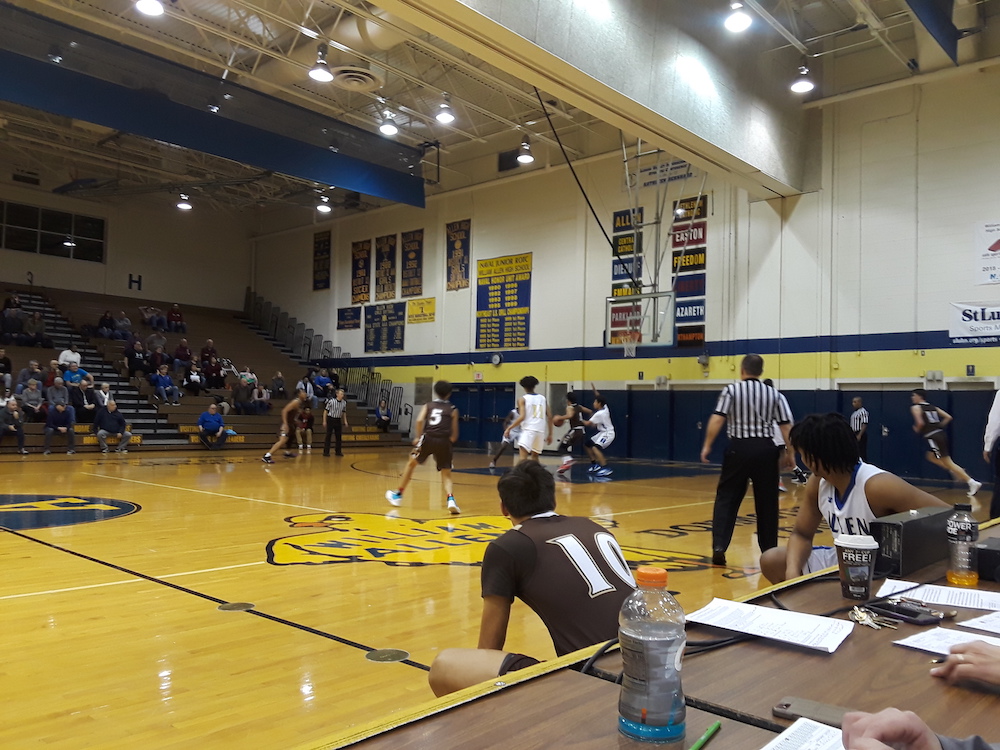 Allen defeated Bethlehem Catholic in boys basketball by the score 67-58 on Friday. Allen will now play Parkland on Monday night at the PPL Center. Allen was lead by AquleAdderly’s 21 points and Mel Copeland’s 18. Beca used a strong second quarter to lead at halftime and continued that in the third. Allen was down by six in the third. But a rally lead by Nate Ellis gave Allen a lead heading into the fourth and they never looked back Beca put up a fight throughout the game with Ryan Glassmacher’s 18 points to help lead the charge.