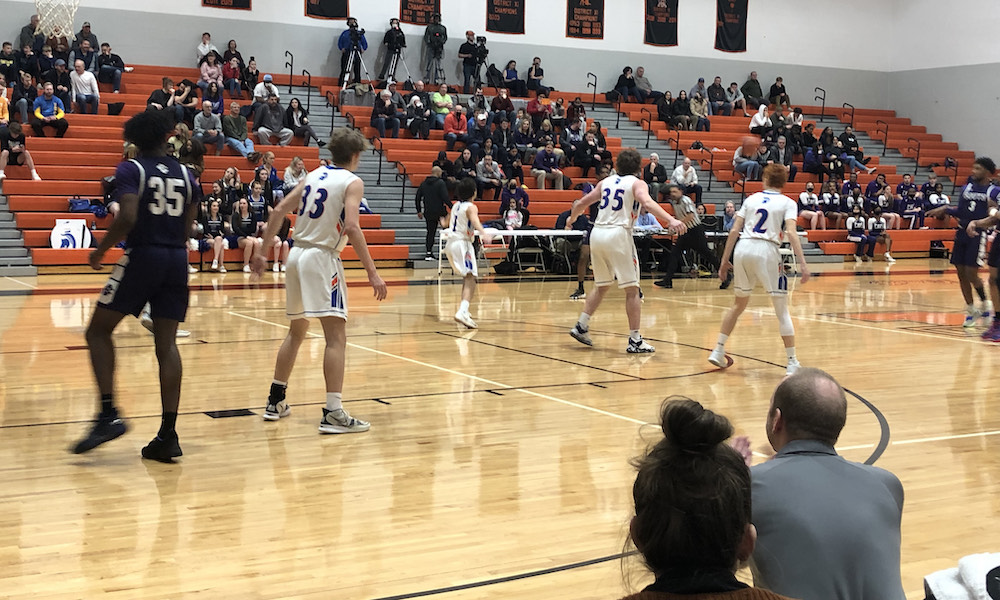 It was a low scoring first quarter, but it picked up in the end with East Stroudsburg South taking a 14-9 lead into quarter number two. The second quarter was very high scoring, and as time expired in the half, Robbie Allen had a lay up to send us to the half tied at 28. It was a back-and-forth third-quarter, but in the end, the Cavaliers took a two-point advantage into the fourth leading 39-37.

The Cavaliers opened up scoring in the fourth quarter with an 8-0 run. The Spartans came back and made it a one possession game, but it was a little too late. After some big foul shots in the final moments, the Cavaliers clinch a win 52-48 over Southern Lehigh.

East Stroudsburg South will move on and play Pottsville in the district 11 5A championship on Friday. As for Southern Lehigh, this game ends their season with a record of 18 wins and five losses.

⁦@ESASDSOUTHATH⁩ senior Gabe Mileto after his 18 point performance in their win over ⁦@SolehiSpartans⁩ in the 5A semifinal tonight. ⁦@D11Sports⁩ pic.twitter.com/csbLc2C89k