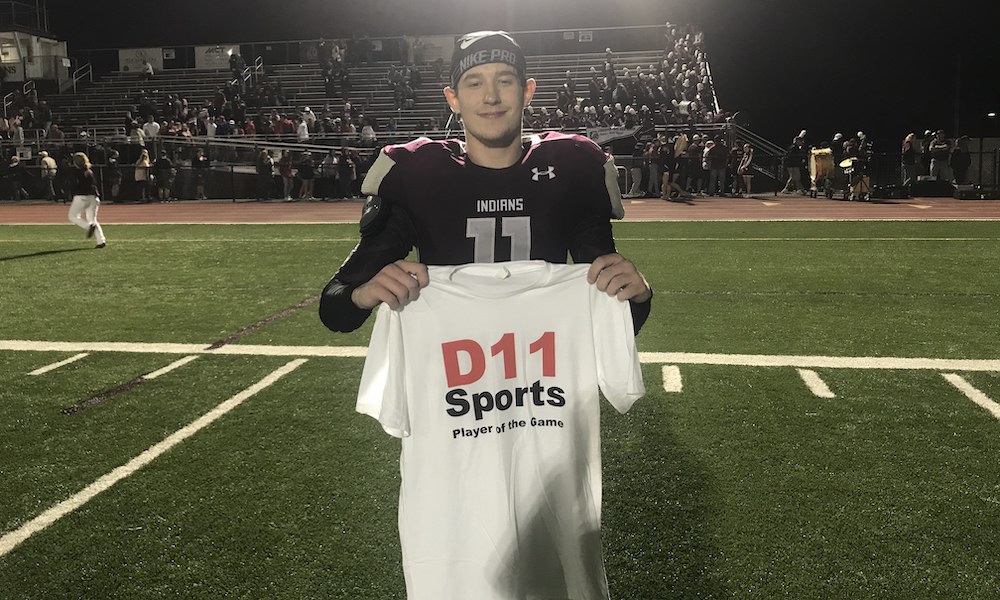 The Lehighton Indians welcomed the Tamaqua Blue Raiders for their football home opener. Lehighton and Tamaqua both entered the game with records of 0-1 after suffering losses to Palmerton and Northwestern Lehigh, respectively.

Lehighton was the first to get on the board on a seven-yard touchdown run by Hunter Crum, his first of many on the night. The touchdown was set up by a 38-yard pass from quarterback Brady O’ Donnell to tight end Luke Blauch putting the Indians down to Tamaqua’s seven.

Tamaqua struck right back on a one-yard touchdown run by running back Warren Stewart, tying the game at seven apiece. Crum continued to shine on a long fourth down with a one-handed grab taking the ball 45 yards for the score giving Lehighton the lead 13-7 after a missed extra point.

Late in the first quarter, Tamaqua wide receiver Zander Coleman took the handoff from quarterback Nathan Gregoire 50 yards for the score giving Tamaqua the lead 14-13. A fumble by Lehighton on the ensuing drive gave Tamaqua great field position on Lehighton’s side of midfield heading into the second quarter. Tamaqua capitalized on a one-yard touchdown run by Stewart, his second of the game, giving Tamaqua the 20-13 advantage over Lehighton.

Lehighton tied it back up 20-20 on a 37-yard pass from O’ Donnell to Brayden Lutz, which set up a four-yard touchdown run from Crum. Lutz then recovered a fumble by Tamaqua giving Lehighton the ball at midfield. Lehighton drove the ball downfield and scored on an eight-yard touchdown run by Crum, his fourth of the game, which gave them the lead 27-20 over Tamaqua heading into the half.

Tamaqua closed the gap on Lehighton’s lead, scoring on a 53-yard pass play from Gregoire to wide receiver Steven Kostecky. After a successful two-point conversion, Lehighton led Tamaqua 41-28 heading into the last quarter of play. O’ Donnell capped off his night with another touchdown pass to Lutz for 33 yards. Tamaqua continued to fight, scoring on a one-yard run by Stewart, eating into Lehighton’s lead 48-36 after a successful two-point try by Tamaqua.

Jasius Allen scored Lehighton’s final touchdown of the night picking off Gregoire and taking it back 30 yards for the score. Stewart returned a long kickoff for Tamaqua, setting them up in great field position. Stewart capped off the return by scoring his fourth touchdown on a one-yard run with just three seconds left to play. The Indians took down the Raiders by a final score of 55-42.