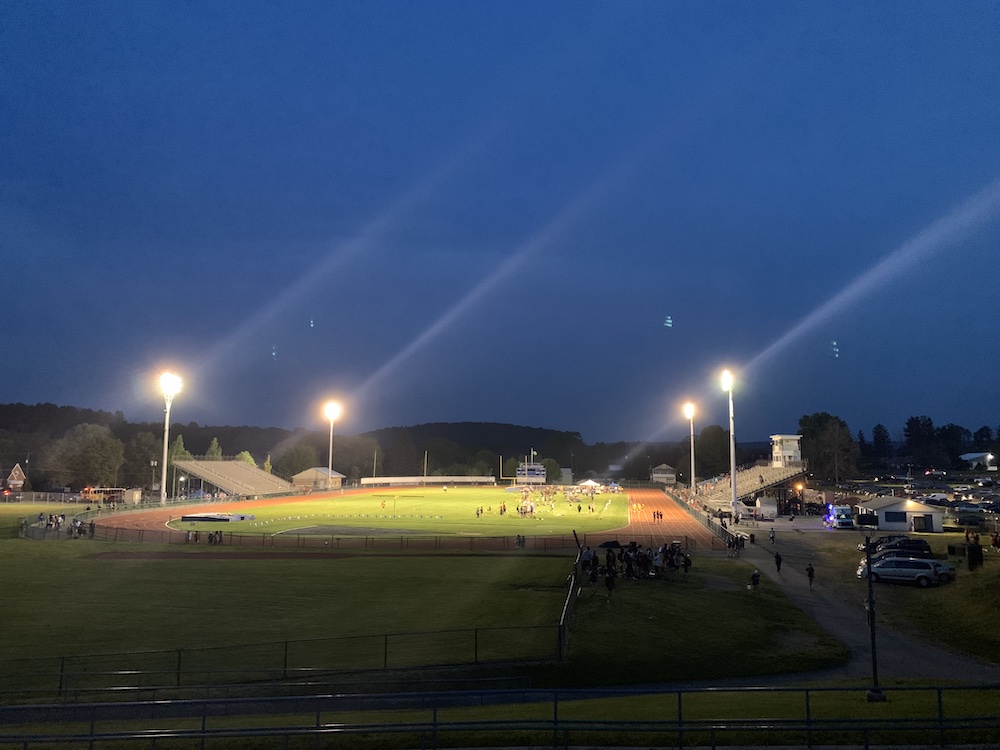 The District XI AAA Track and Field Championship was held at Blue Mountain High School this past Wednesday. There were countless elite performances throughout the meet that sent qualifying athletes to the state championship.

Despite the sweltering heat, athletes from across the region pushed themselves to perform with the best District XI has to offer. In each event, the top two finishers qualify for states, along with those who reach the qualifying standard set forth by the Pennsylvania Interscholastic Athletic Association (PIAA).

On the boys side, there were quite a few notable performances, races, and events that are worth mentioning. The first event of the day (the 3200m run), saw a few athletes stand out from the crowd. Winner Alex Kane, a junior from Southern Lehigh, took the lead in the first mile and never looked back. He won the race with a time of 9:43.75.

Alex Heidemann, a Freedom junior, took home two gold medals after winning both the 1600m run in 4:23.62, and the 800m run in 1:57:17. Each race was very close until right down to the last 100 meters, but Heidemann’s kick at the end was superior, landing him two trips to the top of the podium.

A long-standing District XI record fell in the 100m dash. Damon Simpson of Wilson Area ran a 10.72, breaking Jason Kremus’ record that was set back in 1989. Kremus then presented Simpson with the gold medal, and the two record-setting individuals were able to meet and shake hands after the race. The junior followed this race with gold in the 200m dash in 22.03, and as the anchor leg of the 4x100m dash. Wilson finished the relay in first with a time of 42.40 seconds.

Other notable performances included Mustapha Salau of Parkland winning the 400m dash in 48.16 seconds. Tristan Schmidt of Emmaus threw 193-8 in the javelin, and the duo throwers from Nazareth, Collin Burkhart and Cody Breidenbach, both won gold. Burkhart won in javelin with a throw of 209-3. Breidenbach won in shot put with a throw of 60-3, a personal record.

The girls side also featured exceptional talent in many different events.

Olivia Haas, a junior from the hosts Blue Mountain, won two gold medals. First, Haas ran away from the competition and dropped a 4:58.34 in the 1600m run. Later in the 800m run, she narrowly defeated Sophie Emin from Parkland to win her second gold of the day on her home track with a time of 2:18.34.

The girls pole vault event saw two competitors fly to impressive heights. Coral Shivok of Parkland cleared 11-6 to punch her ticket to compete at states. In first place, Cailey Spanitz from Bethlehem Catholic cleared 12-0 to win the pole vault event one week after taking gold at the EPC Championships. The Boston University commit also competed in the long jump and the triple jump, placing 6th and 7th place respectfully. Spanitz is undefeated in the pole vault this season.