Easton is headed back to the title game

Northampton High School playing host to the District XI Girls 3A Lacrosse semi-finals. Game one featuring Number three seed Freedom and Number two seed Easton. The Red Rovers jumped out the the early first half lead but the Patriots battled back on a couple of occasions.

In the end, the Red Rovers were to much for the Patriots as they came out with a 21-12 win. Riley McDonald led the way with 9 goals for Easton while Allison Drake scored four and Lea Kriegar three. In the loss, Freedom was paced by Abby Burnette, who scored four goals, while three other players(Katie Flynn,Emma Telatovich, and Caitlin Donello)each added two a piece.

With the win, Easton improves to 15-4 on the year while Freedom ends the season at 13-6. Easton will now head to the Championship game against Parkland(a 21-7 winner over Pleasant Valley), with the game taking place at Desales University. 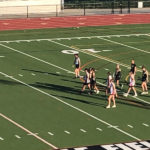 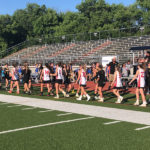 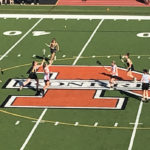 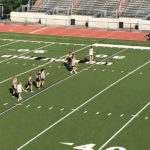