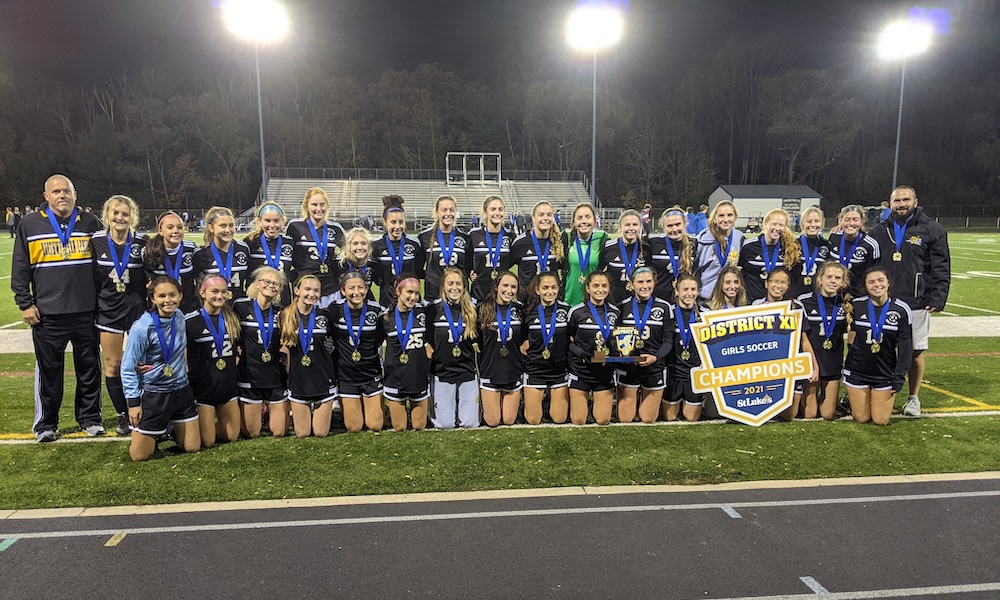 In their semifinal win against Blue Mountain, the Lady Tigers came out a little tentative before they picked up the intensity in the second half. Coach Jordan Smith wasn’t happy about the slow start, but his team won and after all, all’s well that ends well. He didn’t want the same thing to happen in the finals against Pottsville, but the team showed more passion and energy in the final 40 minutes than they did in the first 40 minutes.

The more aggressive style of play in the second half showed on the scoreboard. In the ninth minute of the second half, freshman Brook Balliet fought her way toward a flock of Crimson Tide defenders to wind up at the front of the net just as the ball approached after Sophia Motolese’s shot was deflected by goalie Ava Cesari. Unfortunately for Balliet, Cesari tracked the ball and the two players arrived at the ball at the same moment. Balliet was able to get a foot and her face on the ball before the collision between the two and the shot rolled easily into the net for the game winner.

“I got my foot on it and then, I think it bounced off her (Cesari) and then hit me in the face. My eye kind of hurt and I was on the ground, and everyone came over to me and was like ‘it’s in,’ said Balliet of the collision and goal. “It’s feels amazing to be able to help the team like that in my first season. The seniors and all of the other players have been so supportive and have really helped me this season and it feels good to get this one for the team.”

“That was a bit of a freaky goal,” said Pottsville coach Bob Stock. “She [Cesari] played that well, she didn’t do anything wrong, it was just a bad situation and there wasn’t anything we could do about it.”

Northwestern Lehigh (19-1-1) came in wanting to put a high number of shots on goal and they held the edge, but Pottsville turned away the shots and would charge to the other end of the field looking to gain momentum and a lead. The stifling Northwestern defense, which has allowed just four goals all season, was up to the task.

“We wanted to take shots from distance, we wanted to get traffic in the goal mouth, and we did,” said coach Jordan Smith. “Soph (Sophia Motolese) took a great shot and it deflected to Brook, who was there to clean it up. She got beat up for the goal, but it’s a game-winner and I’m sure it was worth it.”

From there, it was all defense as Northwestern Lehigh relied on their defense to keep the Tide off the board, but also kept up offensive pressure. Also not stopping was the Pottsville offense, which looked for ways to get either through or around the Lady Tigers defense.

The longer the game went on, the more determined and aggressive the Pottsville became. With the game clock under the 3:00 mark, Pottsville found themselves again threatening at the mouth of the goal. Goalie Naomi Glassberg made a nice stop on a shot but was unable to coral the ball and it bounded toward the other side of the net. Pottsville had an opportunity, but defender Emelia Blechschmidt was there to clear the ball.

“Our girls played hard all game and they didn’t hang their heads,” said Stock. “We had a shot there at the end and it was all because of how hard they worked to get into that position. The seniors on this team, I feel the worst for them, because they did so much for this program and so much to help the younger players. We owe a lot to them.”

Northwestern Lehigh will begin play in states on Tuesday against the District 2 champion. District 2 is in the northeast corner of the state and their final is set for Saturday and will pit top seed Abington Heights against second seeded Dallas. 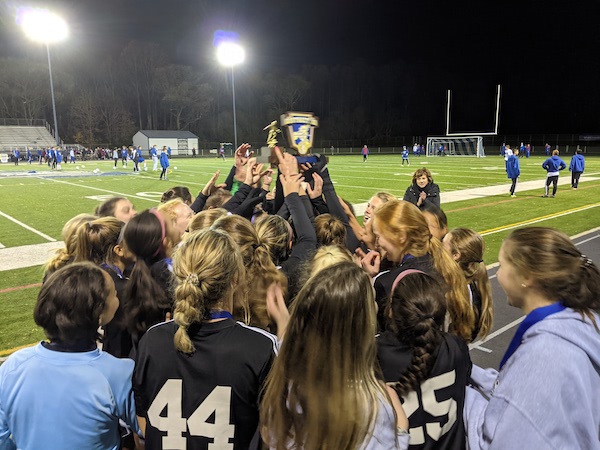 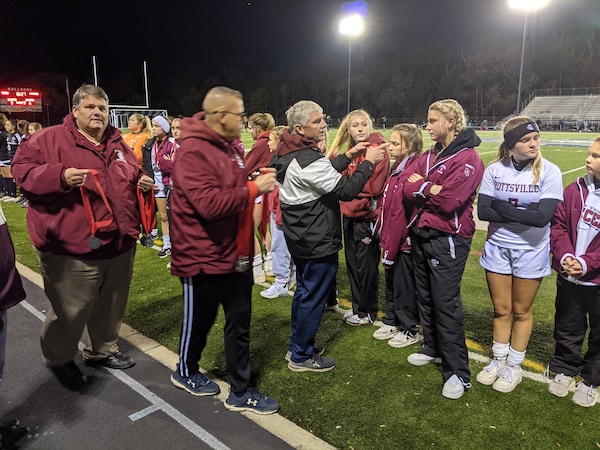