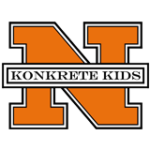 “Jackson is a strong four year, all-around, Varsity starter. As one of our captains, he is ready to lead the team to another winning season. Jackson is on track for a record of 500+ Kills to finish out his career.”

“Alex returns as a two-year starting middle blocker and tallest player on our team. He is a force to be reckoned with, leading the team in blocks last season. Alex does a great job taking the underclassmen under his wing.”

“Johnny returns as a two year starting outside hitter / middle blocker. Johnny, although one of our quietest players, is an impact player at the net and has the ability to make even more of an impact this season.”

“Duane returns as a 2-year starting middle blocker / outside hitter. Duane is a smart, reactive, all-around strong player and work horse. He does a great job leading our team in strength and conditioning and is known for taking the underclassmen under his wing.”

“Keller returns as a 2-year starting setter. As a setter, Keller is the “quarterback” of the team. With his off season club work, he has gained a ton of experience. We know he is excited to once again take the reins and lead our offense. Keller is on pace to record over 1,000 assists this season.”

“Austin is known as an all in player. He is fully engaged and brings energy to the team, he pushes everyone to go even further.”

2022 Outlook: “This year’s team has put in a lot of work prior to the start of this season. Our senior laden class has been together for the past 5-6 years, all being coached by Coach Jess Finlayson in middle school. Because of this, they are like a well oiled machine. They rely on each other, encourage each other, and push each other to be their best. They’ve truly got each other’s back. This senior class has been an integral part of creating and carrying out the vision and culture of the program. The underclassmen have worked equally as hard and will play a very important role this season in our success.”