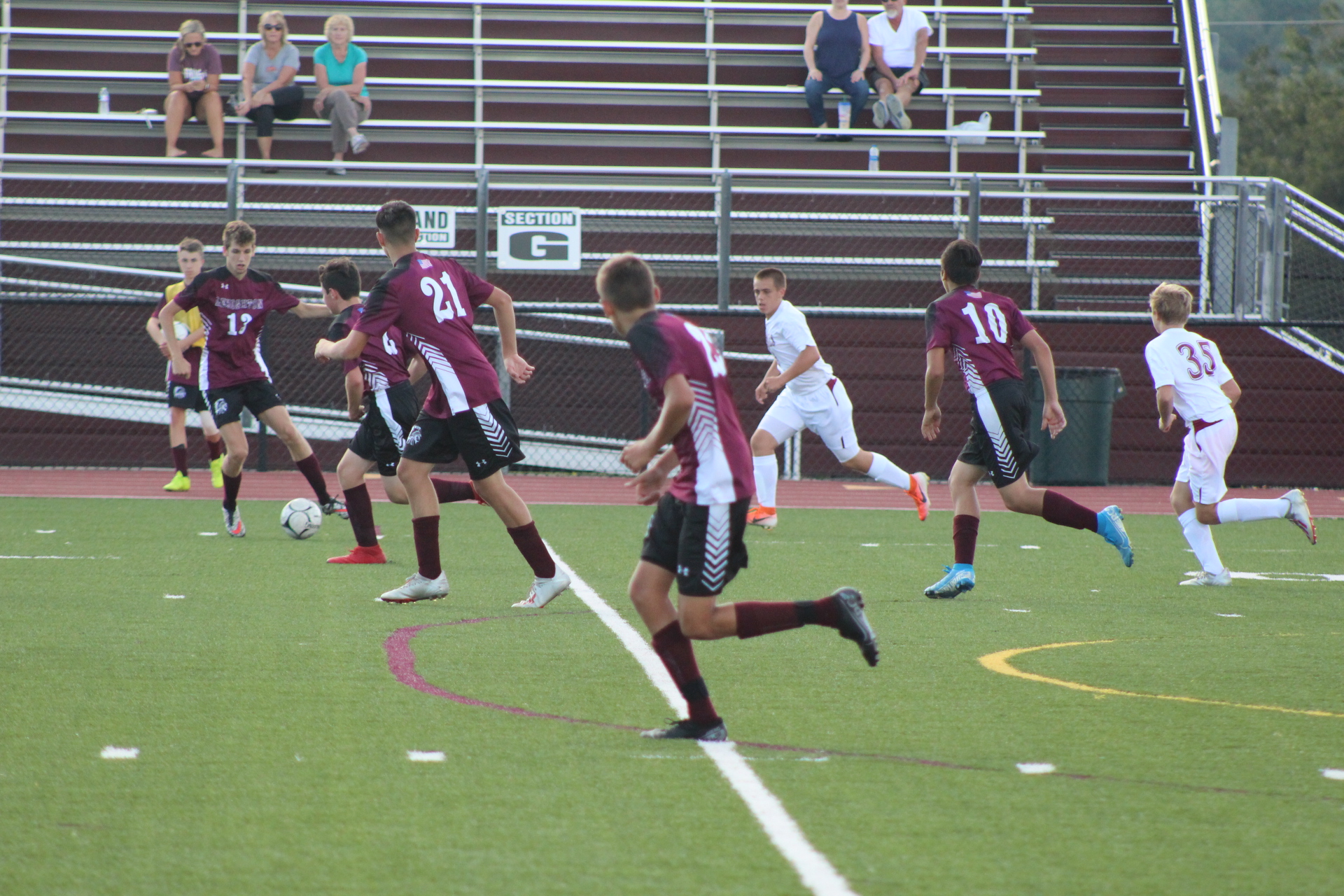 In their first home game of the season, the Lehighton Indians took on the Pine Grove Cardinals in boys varsity soccer. Pine Grove got on the board first and took a 1-0 lead after converting on a penalty kick for tripping. Before the end of the first half, Pine Grove added another goal to take a 2-0 lead into halftime.

Lehighton had a chance to score on a penalty kick attempted by freshman Mason Marchessault, but the shot was blocked by the Pine Grove keeper. The Cardinals eventually added one more goal to make the final score 3-0. The Indians attempted 5 shots on goal, while Pine Grove converted on 3 of their 14 attempted shots. The Indians will travel to Tamaqua this Thursday to take on the Blue Raiders at 6:15.