Liberty falls in the opening round of PIAA Tennis

The Liberty tennis season came to an end on Tuesday afternoon when they were swept by Conestoga in the opening round of the PIAA Tournament. All the action taking place at Winning Touch in Allentown.

The Hurricanes brought their “A” game but Conestoga, the number three team out of District one proved to be too strong, winning at number 2 and 3 singles along with sweeping doubles. The Number one singles match between Louis Gruber of Liberty and Matt Walton was stopped after the team match was decided. Gruber lost the first set 5-7, and was down 1-2 in the second set.

Liberty will look back on a terrific season under first-year head coach Chris Conrad having won their straight District Xi Team Championship. 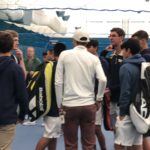 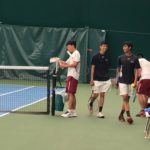 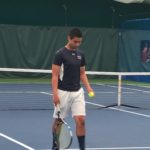 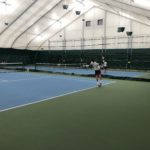