ND Boys Soccer Shines Under The Lights on Senior Night 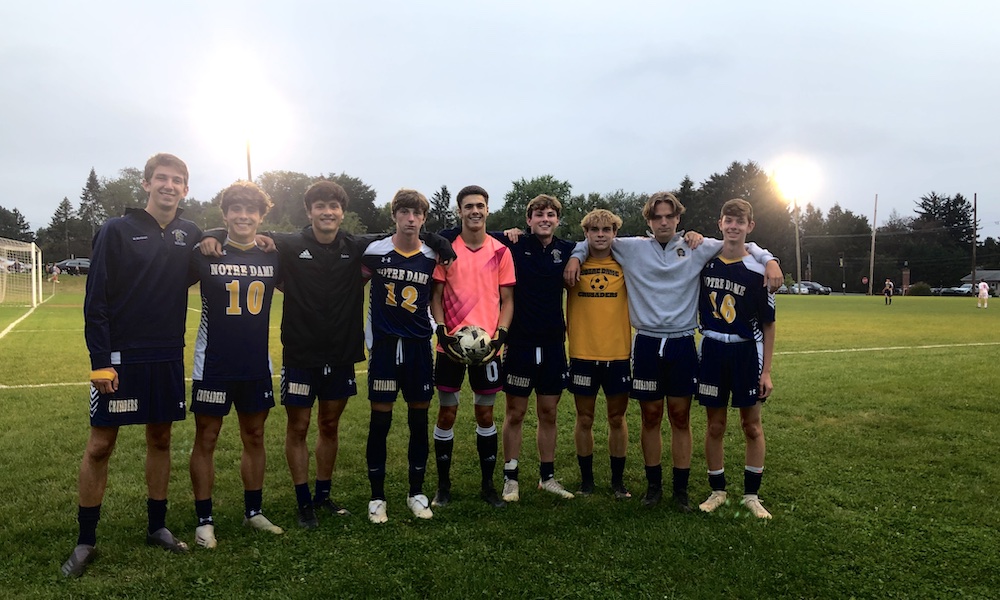 The Crusaders’ Boys Soccer team took on the panthers of Saucon Valley on a misty Tuesday Night. The Crusaders were also celebrating the seniors on the team, as it was their last home game under the lights in Easton.

The game started out strong when Senior Brendan Boyle scored in under ten minutes from the start, giving the Crusaders the lead 1-0. The Panthers quickly responded, scored, and tied the game 1-1 with 15 minutes left to go in the first half. The Crusaders’ crowd was energized as it was a competitive matchup.

Coach Wrigglesworth of Notre Dame said, “The boys played their best game of the season tonight both offensively and defensively.” Coach also noted that he was, “proud of the boys” on this special senior night.