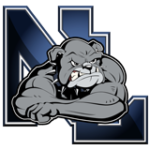 Sport:: Track and Field (B)

“The team’s top returning runner from a season ago.  Was 3rd in the 1600m at the District Championship Meet.  Could be relied on this season to run anything from the 400m up to the 3200m.”

“Another Senior who has been in the NL track program since his 7th grade year.    Will be looked to for leadership along with his athletic abilities.”

“Lehman and Moffit return to the team after leading the team in the throws while only in their freshman year.   Both football players have had a year to develop, and Coaches’ hope that it shows with the throwing distances.”

2022 Outlook: “District Medalist Jared Thomason in the 1600m last year, returns to lead a Bulldog squad that is largely reloaded this spring. Several members of the District XI Champion football team have taken to the track this spring to see how their speed compares to the rest of the league and district. Other members of the team, such as Chase Jones, will look to fill the void in the hurdle department with the graduation of a dynamic hurdling trio consisting of Dyer, Zehner, and Hankee.”

“Participation numbers have increased drastically from last year and the Bulldogs look to be very competitive this spring. Coaches and athletes will hope to find events that capitalize on individual skill sets, along with team goals.”