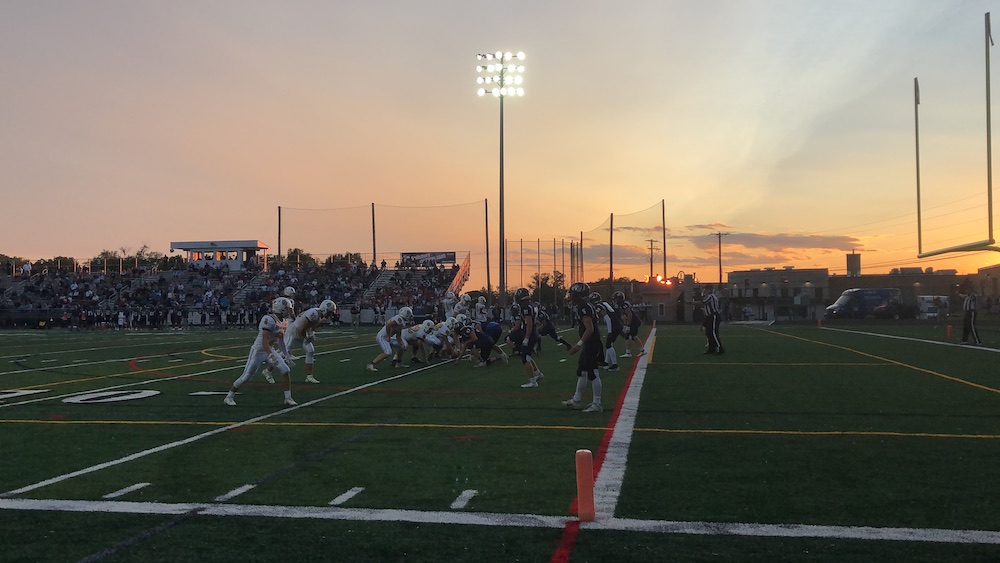 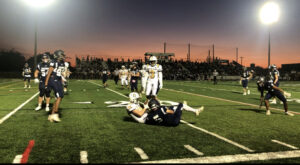 Under a minute from the start of the second quarter, the Crusaders scored again with Collin Quintano hitting Tarif Muhammad for a 46-yard touchdown. The PAT was good so the score was 24-0 Crusaders. Notre Dame got the ball back after a Falcon punt. Quintano connected with Jayden Becker for a 20-yard pass completion and score. The point after was good. The score then 31-0 Crusaders.

Notre Dame took over on downs with 4:14 to go in the half, and ended the ND possession with a field goal attempt that was no good. There was an immediate fumble recovery by Dainn Vassallo on the Salisbury 38 yard line with 2:10 to go in the half. ND ended the half with a missed field goal, but the Crusaders still led 31-0.

Friday night was a great night for football and for the Crusaders. The final score of the game was Notre Dame 48 – Salisbury 0. The Crusaders travel to Northern Lehigh next week.