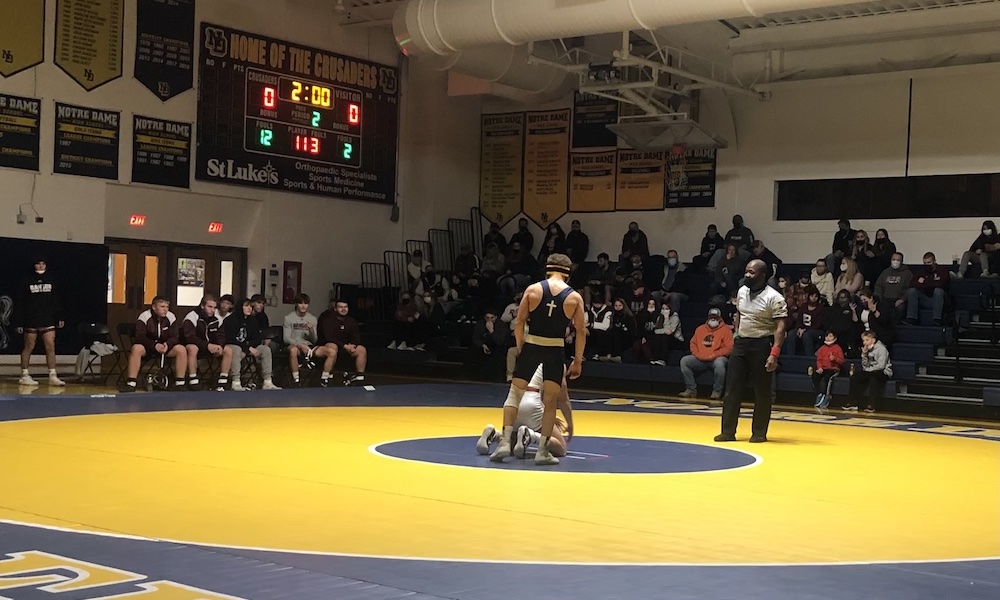 The Notre Dame (Green Pond) High School wrestling team played host to Bangor High School Wednesday night in what was a dominant win for the Crusaders.

The gym at Notre Dame was filled with fans from both teams, which made it a fun atmosphere to wrestle in. The Crusaders continue their season as they wrestle Blair Academy on Friday, January 7th at 7pm at Notre Dame.