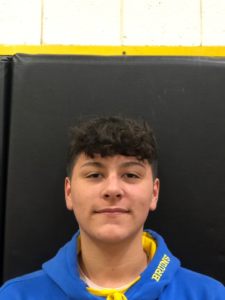 School: Panther Valley
Year: Senior
Position(s): Guard
Jersey Number: 3
Height: 5’10”
Other Sports: N/A
Starting Experience (Years): part time starter as sophomore (injured shoulder), starter last year
2018 Stats: Averaging 11.8 points per game
Video Highlights:
Player Twitter Handle: @B3Stilitino
Coaches comments: Coming off an injury plagued sophomore campaign, the junior long range bomber was consistently one of the top three point shooters in the state last season. Averaging 11.8 points per game in division 1 of the Schuylkill League, Stilitino knocked down 70 three point field goals, second most in a season in PV history (1 shy of the school record). He tied the school record for most in a game with 9 on December 28 at MMI. He also shot 76% from the foul line. Stilitino has 94 career three pointers in just 34 games played, good for 8th place on the school’s all time list.  A spot up shooter in the past, Stilitin o has improved his all around game in the off season and has developed into one of the area’s best players.
Related Topics