It’s been a crazy weather week with the District XI 6A semifinals finally getting back on the field on Thursday afternoon. With Parkland advancing to the the championship game, all that was left is to crown a winner between the Whitehall Zephyrs and the Northampton Konkrete kids.

Both teams had the lead in this matchup with the momentum switching in the third inning. After Northampton took the lead 2-1, they had a golden opportunity to break the game open. Hannah Boggs delivered a bomb to center field but instead of a 2-run homer, it was an inning ending fantastic catch by Meghan Hutter.

Whitehall built on that play as they came out swimming in the 5th, scoring three runs, with two of those runs coming on a triple by Rachel Arner. Whitehall went up 4-2 before mother nature made another appearance and halted play for the rest of the afternoon.

Action will resume Friday afternoon at 3 pm at Pates Park with the winner than playing Parkland at 6 pm for the District XI 6A Championship. 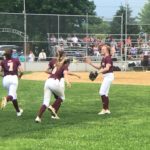 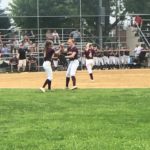 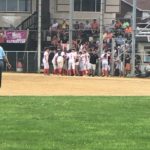