The Trojans advance to the Championship game

The Parkland Trojans know what it takes to win a championship and on Friday night they will have a chance to defend their title. Parkland put together great pitching and hitting en route to posting a 10-0 5-inning win over Emmaus in the District XI 6A semifinals.

Kelly Dulaney gave up just two hits and recorded seven strikeouts to record the win. She also ended the game in the 5th inning with a bases-loaded single. Parkland as a team finished with 12 hits, scoring five runs in the second, four runs in the fourth and one in the 5th to close out the win.

The Trojans will face either Whitehall or Northampton in the title game. That game was halted in the 5th inning with the Zephyrs leading 4-2. It will be concluded on Friday afternoon at 3 at Pates Park in Allentown with the Championship to take place at 6 pm. 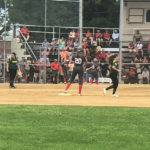 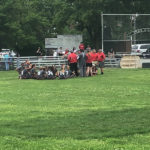 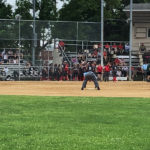