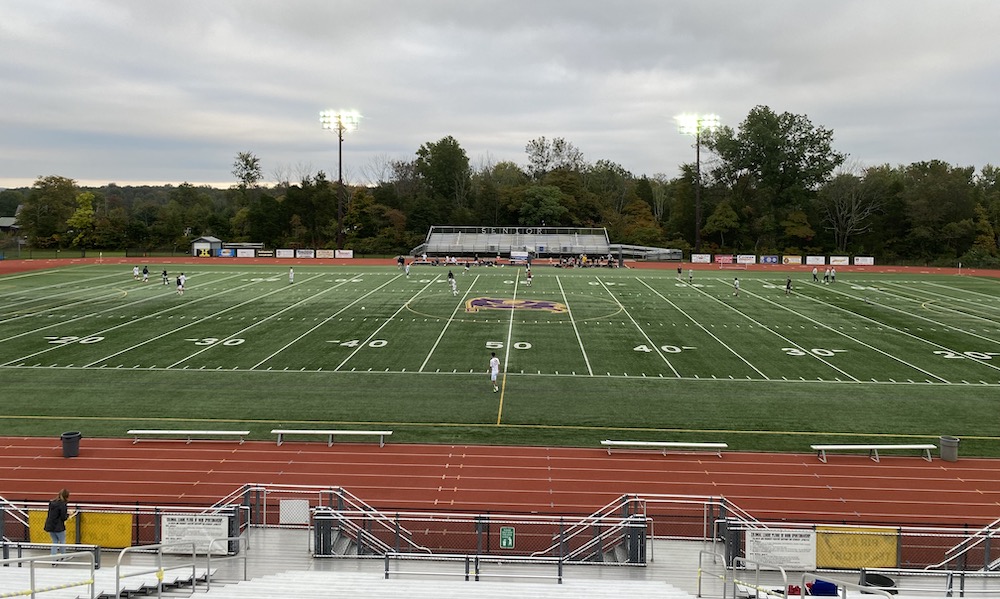 Walter T. Rohrer Stadium was set up with purple and gold balloons and streamers to celebrate the one senior for Palisades Boys Soccer: Cortez Catalano. The festivities didn’t end there with a large student section coming out to support the team by having a blackout. It was the last home game for the team and a big one, as they needed this win to clinch the Colonial League Playoffs. Both Saucon and Palisades are already into Districts, but only the Panthers could say they were in the Colonial League Playoffs. Tensions were also high because of the insane school rivalry between the Saucon Valley Panthers and the Palisades Pirates. Both teams really wanted this win, though only one essentially needed it.

When speaking to both coaches before the game, both were focused on improving their teams rather than worrying about their opponent. Coach Nagy for Saucon Valley said their goals for the season were already met by clinching spots in both the Colonial League and District playoffs. Now was their time to pick up some wins and to get better control of the middle of the field. Similarly, Coach Moyer for Palisades spoke about how tonight’s game was huge because otherwise the team would have to rely on Bangor losing on Thursday.

Kickoff was at 6:30 and the game was underway after a small celebration for Catalano. The first half had a lot of back and forth action and neither team seemed as if they had consistent control over the ball. There were a few close shots by both sides and a couple lost opportunities, but the Panthers and Palisades went into halftime tied, 0-0. I spoke with Coach Moyer for a few moments during halftime and while stressed, he was confident that his team could pull off the win. His strategy was to continue playing their game but playing Saucon’s mistakes and being able to execute their goal shots.

The second half had more excitement that led to the crowd leaping to their feet. The Panthers struck first with a goal by Junior Oscar Valencia. This was his 11th goal in 12 games. However, less than a minute later, the Pirates reciprocated the favor with a goal by Junior Jacob Davis. Talon Falcone earned the assist by placing the ball in the right spot on his corner kick. Now 1-1, it was anyone’s game. After no action for over 10 minutes, Palisades struck again with a goal by Junior Lucas Bottelier and the assist once again going to Falcone. This was the last scoring of the night as the Pirates played keep away and ran down the clock to earn the win.

This was a huge win for Palisades and they clinched their spot in the Colonial League Playoffs. They increased their record to 9-6 while Saucon added a loss to their record, now 8-6. This was the Panther’s last regular season game while the Pirates have an away game at Quakertown to finish their season on Thursday. Playoffs begin Saturday, October 16. 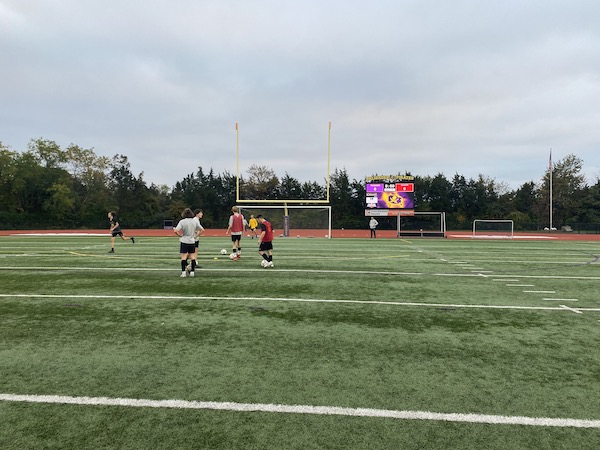