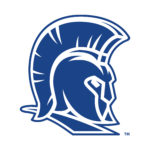 “Trey is the most experienced player entering his 3rd year of varsity.  He gained valuable experience while playing with other Lehigh Valley players in AAU this year at Velocity under Sue Arndt and Doug Fehnel.  Will be relied on heavily to be the on court leader.  An outstanding passer and defender, who will need to be one of our key hitters this year for us to have success.”

“Quincy is a versatile player that could see time at several different positions.  His speed and quickness help him get to any ball as a setter, defender or as a hitter.”

“Cohen will be a valuable player at the net this year, whether it is at Middle or Opposite.  His intelligence and energy will be a driving force behind our team.”

“Reuben enters the year as a setter/opposite hitter that could see time at other positions depending on our needs as the season progresses.  His versatile, competitiveness and experience gained during varsity last year and this past AAU season with Velocity will help the team grow quickly.”

“Hansen will be a major force at the net for us as a Blocker and a Hitter.  His overall skills and work ethic make it hard to take him off the court.  Has the potential and ability to dominate as he continues to develop with only one year of playing the game.”

“Sam is one of the hardest workers who can play any position on the court.  His work ethic, drive and intelligence will be vital in our daily practice as well as games.”

2022 Outlook: “We return a nice young core of players that got some varsity experience last year and a bunch of boys that played club in the off-season. Our strength will be serving and passing. Our questions marks will be who steps up to fill void left with graduation of Ephraim Smith who was vital to our offense last year. We also need to figure out will step up and become our primary setters. We also have some other new young sophomore who could step from JV and be valuable pieces by end of season.”