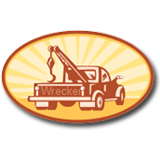 2022 Outlook: “The Weatherly girls track team had a lot of individual success last season. Rhianne Markovchik returns after a 4th place finish in both leagues and districts in the 100m hurdles. Danielle Gordon and Kendell Gerhart are coming off a cross country season where they both earned Schuylkill League Cross Country All-Star accolades and look to continue that in track season. Numbers are up from last year as well, which makes for an exciting season.”