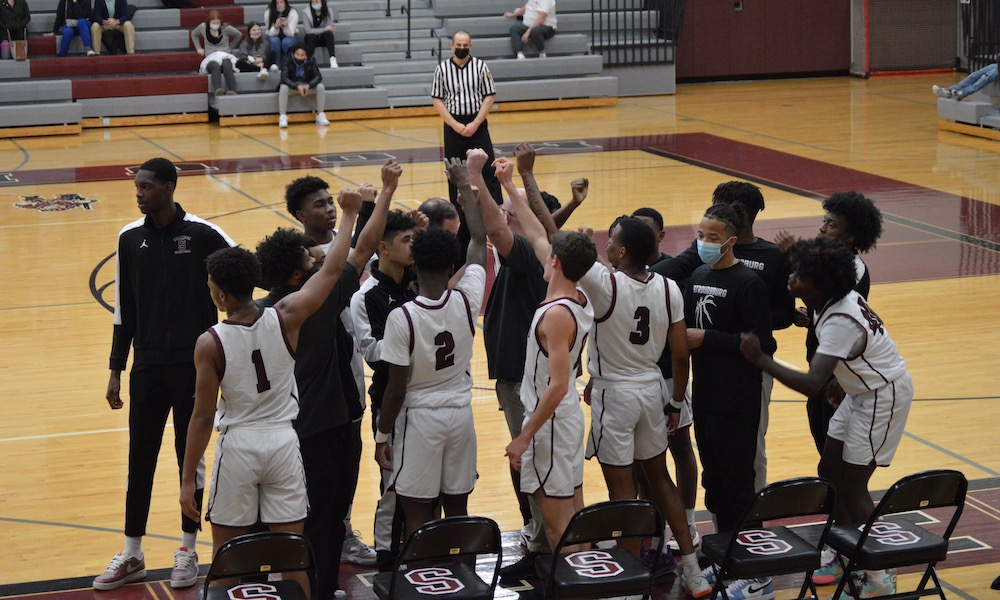 Stroudsburg’s winter sports programs have recently wrapped up their seasons. Across the board, there was much success and moments to look back on fondly for years to come. Though no championships were won, Mountaineer athletes worked hard to represent their school.

The Stroudsburg Boys basketball team concluded their season with an 8-14 record. The roster was filled with lots of talent and leadership, with eight seniors who made the most of their final season. Senior Qadir Mitchell led the Mountaineers with scoring, and junior Leo Kea was a defensive presence when on the court. Facing an already challenging schedule, the boys battled through COVID-19 related setbacks and injuries that unfortunately sidelined individuals throughout the season.

A memorable moment from the season was an upset victory at home over Bethlehem Catholic by a score of 60-51. The boys also found a way to win close games at home against Pleasant Valley and East Stroudsburg North.

The girls basketball team finished their season with a 7-15 record. They found success against local, Monroe County schools. The girls were led by senior captain Kaylie Hock, junior captain Kendél Card, and junior captain Samantha Wallace. Another notable player on the team was freshman McKayla Strunk.

The Mountaineers faced many tough opponents, but still produced a few great moments. One of these was their last-minute home-opener win against Pocono Mountain East, a game they won 51-50 back on December 14, 2021.

Another great moment was the team’s five seniors starting and leading the team to a 59-37 home win over East Stroudsburg North on senior night.

Compared to past years, this season’s team was quite inexperienced at the varsity level. Despite this, they managed to win the Blue Mountain Gauntlet duals and qualified for Districts.

“The kids matured and put together a great season,” said head Varsity Wrestling Coach Sean Richmond. “It was an outstanding group of kids to work with.”

Moving to the pool, the boys swim team posted a 5-3 record this past season. The team, led by sophomore Kamil Soja, got back to normal with in-person meets this year. Swim meets took place virtually last year, so the swimmers enjoyed lining up with real competition at their side this season.

On the girls side, the team was led by top performer Jewel Little. The junior placed fourth at districts and earned a medal, which is an impressive feat considering the strength of District XI. This performance also helped the team finish fifth overall at the district championships. The entire team was captained by seniors Zoey Delaney and Dana Persaud.

“This year we saw a lot of growth amongst the team. The spirit was back, and we had fun,” said Head Varsity Swim Coach Alex Counterman.

Counterman also added that the team looks forward to improving next season and reaching new heights.

Finally, the rifle team concluded their season with a 4-5 record. Team captain Zach Weiss, a senior, was the top shooter with the highest average, 99, and the most X’s, 53, on the team. Other notable shooters were junior Andrew Huntsberger, junior CJ Busch, and freshman Gavin Dunkelberger.

Due to COVID setbacks within the team, the freshman shooters had to step up and fill in the shoes of the missing upperclassmen. With this new experience, the young shooters improved and are well prepared for years to come.

“Stroudsburg Varsity Rifle will be a team to beat in the coming years,” said head coach Mr. Tom Weiss. “When your freshmen are shooting 100’s, the future looks bright.”

It was a successful winter season for Stroudsburg athletics. The Mountaineers look to turn the page for an even better spring sports season.