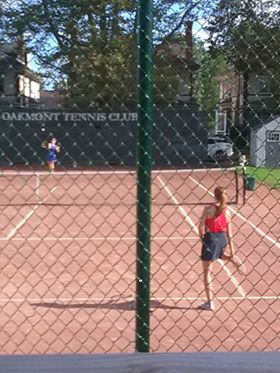 William Allen High School competed against Pocono Mountain East High School in girls tennis at Oakmont Tennis Club. Allen’s Lindsay Shoemaker faced off against Pocono Mountain’s Sarah Naughton in the first singles position. She lost with a score of 0-6,0-6. Cindy Lu played at second singles against Samantha Passmore, but came up short, 0-6,1-6. Carrie Spangler vied for a win at third singles against Jessica Passmore and earned a score of 2-6,1-6.

In doubles play, Melissa Fatzinger and Yohanna Arias played against Pocono Mountain East’s Kaitlin Solomon and Shaniqua Hilliman. Allen pushed the play to a third set, but ran out of gas. They came away with a score of 2-6,6-2, and 2-6. At third doubles, Lexi Horn and Bella Macsisiak matched up against Sabela Zablackis and Kyra Herschlog for a score of 0-6,1-6. At fourth doubles, Sallee Boose and Amanda Alamon contended against Brianna Lyons and Ally Mettler for a score of 2-6,1-6. After an intense round of competition, Pocono Mountain East came out victorious. Hopefully, Allen can pull out the next one as a win!