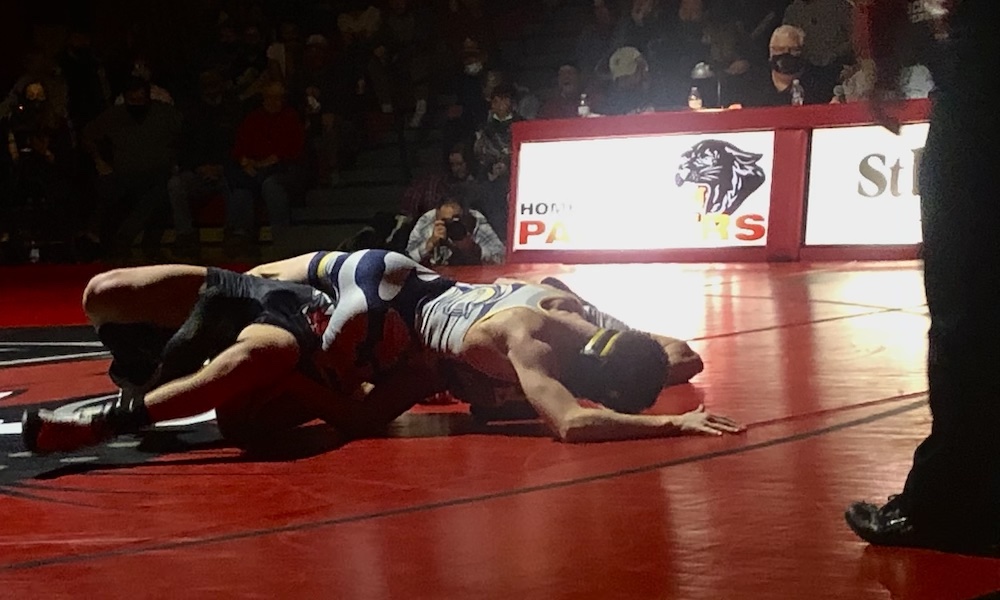 The top two AA wrestling teams in the state faced off Thursday night in what was a competitive matchup. The Saucon Valley Panthers played host to Notre Dame Green Pond Crusaders, wrestling in a packed gymnasium filled with energetic fans from both teams.

The evening started off at weight class 132 where Notre Dame’s Brandan Chletsos defeated Saucon Valley’s Connor Nicholas by fall in 2:20.

The final score of Thursday night’s showdown was 35-15 Notre Dame. The Crusaders get to enjoy this win tonight, but hit the road again tomorrow as they travel to the “Escape the Rock” Wrestling Tournament in Holland, PA, this weekend. 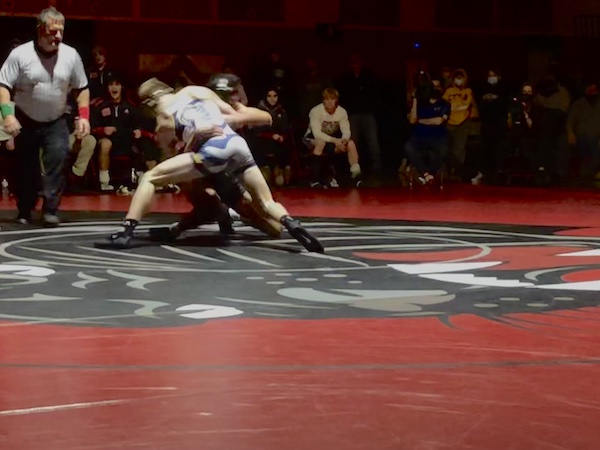