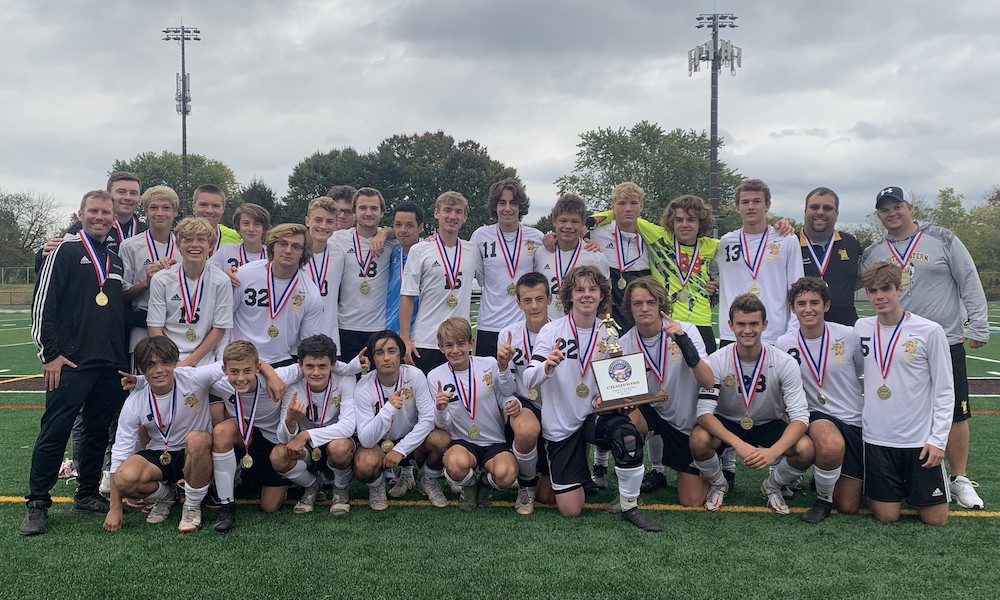 After being hard hit by graduation and then facing several injuries to seniors, Northwestern Lehigh needed younger players to step up this season and they did just that. The trend continued in the Colonial League championship game Saturday when the Tigers got goals from two young players to beat Southern Lehigh 2-0 and claim gold medals.

Considering that Northwestern Lehigh (14-4-1) had a young team to open the season and had to put more young players in the lineup throughout the year because of injuries, their regular season record of 11-4-1 was impressive. The team was missing players for most of the season until seniors Mason Brensinger and Colin Coffield returned to action very late in the season to put the team at full strength. The return to health helped Northwestern to hit full stride at the perfect time as they breezed through the league playoffs and head into districts with a head of steam.

The Tigers and Spartans (15-5-1) are used to playing tight, competitive games and Saturday was no different. After a scoreless first half, the teams played down to the 26:48 mark of the final half before sophomore Matt Johnson, who had been a thorn in Southern Lehigh defenders’ sides throughout the game beat three defenders and then fired a shot past goalie Ayden Scharper to give Northwestern Lehigh a 1-0 edge.

Looking for a little insurance, the Tigers continued to push throughout the rest of the half but were unsuccessful until the 8:42 mark of regulation. That’s when Johnson again launched a shot that caromed off the crossbar and right to freshman Jake Van Lierop, who didn’t miss when he played the rebound into the back of the net without breaking stride.

“I was just at the right place at the right time,” said Van Lierop of his goal. “I just go in looking to get anything that I can to put into the back of the net.”

Van Lierop pointed back to a 1-0 loss to Palisades during the regular season as an important point in the season for the team. In that game, Jacob Davis scored the game’s only goal in the final minute of play. The loss was the second in a row for the Tigers as their offense struggled through a stretch where they scored three goals in four games.

“That was kind of a turning point,” pointed out Van Lierop. “We turned it around and came back with a new, fresh breath and then we started playing better since then. We got a little revenge against them in the playoffs and we’re looking ahead now to districts and we have confidence going in. We got one, so now we can go get another.”

The Northwestern Lehigh defense thwarted Southern Lehigh throughout the game and during the season, the team often relied on the play of their back line and goalie Mason Crocco to win games. Jared Wallander was a standout defensively in the title game and credited the return of fellow senior Brensinger for giving the team a boost.

“We’ve just kind of found our zone. With Mason back, it’s like we’re unstoppable. Keeping Moravian and now Southern to nothing is amazing. Right now, we feel like we can go all the way and we’re ready to play in districts.”

The win gives Northwestern Lehigh the top seed in the District 11 3A playoffs. Southern Lehigh will come in as the third seed and it is likely the two teams will face each other again in districts, which begin play this week. 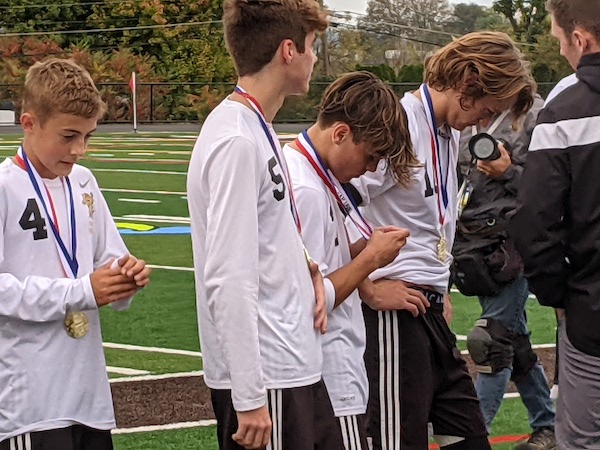