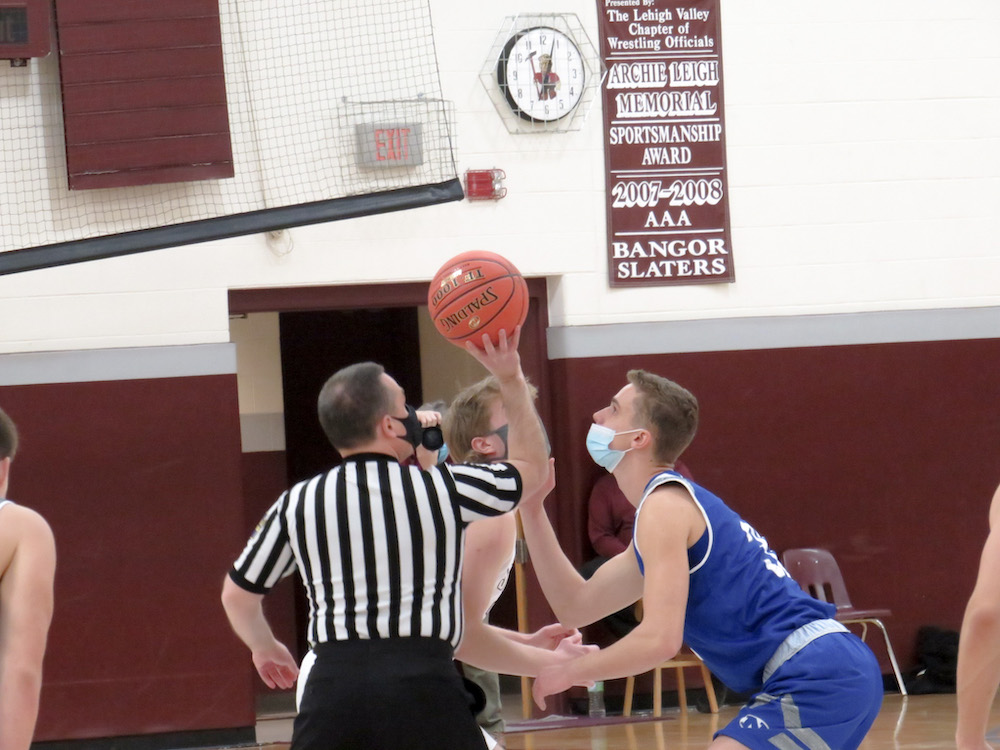 On Tuesday January 19th the Bangor Slaters played the Nazareth Blue Eagles. The game got off to a slow start, but by the end of the first half the Blue Eagles were winning 34-29. After the half, the game intensified, after being down 15 points the Slaters fought their way back. In the end the Blue Eagles prevailed and beat the Slaters 67-62.

After the game I got the opportunity to speak with the D11 Player of the Game Bangor’s Gabe Zieba. I asked him what advantages Bangor had against Nazareth he said, “Definitely our speed, quickness, and game experience,” Zieba thinks his team needed to get more loose ball and rebounds than they did tonight in order to be successful moving through the season.