Dani Fey reached many milestones as a player for Bangor and is now taking her game to the collegiate level, just completing her sophomore campaign at Penn State University. On Thursday afternoon, Fey made a trip down memory lane as she stopped by DeSales University to watch her alma mater beat East Stroudsburg South in the District Xi 5A semifinals 10-0.

Fey was a standout player for the Slaters, helping them win three Colonial league titles and two District crowns. She was also named all-state during her senior season, a year that saw Bangor reach the state final 4. Fey also played on a number of different travel teams, including Blue Valley Mountain Lions, the Pocono Pride, and the Newtown Rock Gold.

All in all, while she loves playing at Penn State, being able to come home and be with family and friends is that much more rewarding. And now she will get another chance to see her former team play as they go for District gold on Tuesday when they go head to head with Southern Lehigh. 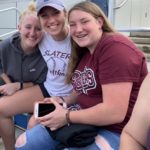 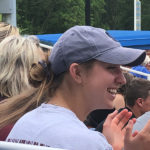 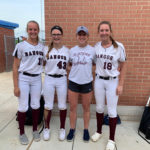 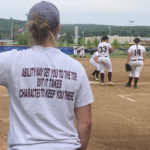