Whitehall is Golden as they capture the District Championship

The Whitehall Zephyrs Volleyball team had a mission this year- to win more than one championship. After capture the EPC title, their focus switched to capturing their first District championship since 2010. The Zephyrs have reached the title game the last two years but finished runner-up. This year would be different.

Whitehall put together a solid overall performance on Thursday night against rival Parkland in a game played at Catasauqua High School. The Zephyrs needed five games during the regular season to beat the Trojans. But, Championship night would be different as Whitehall swept Parkland in three games 25-19,25-13,25-20.

With the win, Whitehall improves to a perfect 23-0 as they get ready for the upcoming PIAA tournament which gets underway on Tuesday. They will face the District 12 #2 seed. Parkland meanwhile, earns their 10th silver medal as they will now get ready for states. They will draw the District 3 Champions, either State College or Central York. 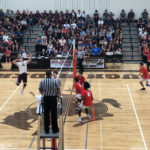 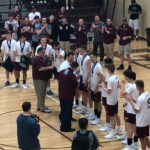 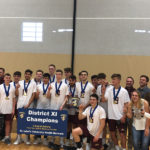 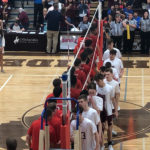 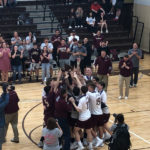