The Tigers are one win away from District Gold

The Northwestern Lehigh Softball team traveled to DeSales University on Thursday morning to battle Tamaqua in the District XI 4a semifinals. This game had it all; home runs, doubles, wild pitches, and a number of lead changes. But in the end, it was the Tigers that came out victorious, pulling out the win in 8 innings 8-7.

After Tamaqua tied the game with two runs in the 7th, the Tigers responded in the bottom of the 8th inning. Freshman Brynn Balliet won it for Northwestern in walk-off fashion as she came through with the game winning rbi double. The win propels the Tigers in the 4a title game on Tuesday night against either Bethlehem Catholic or Blue Mountain. That game was postponed Thursday because of the weather and will be played Friday at 4:30 at Pine Grove. 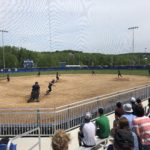 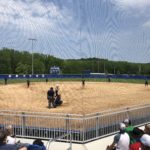 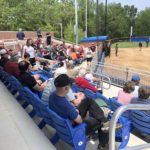