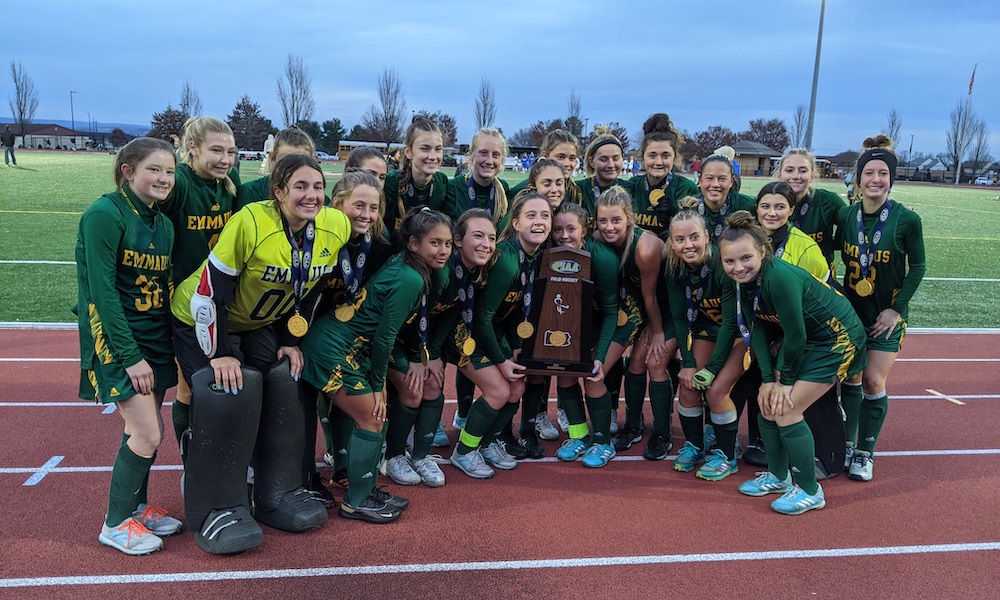 Two unbeaten and nationally ranked field hockey teams did battle for the PIAA championship at the Zephyr Sports Complex in Whitehall Saturday afternoon. Lower Dauphin (23-0-1), ranked second in the country by MAX Field Hockey, battled Emmaus (27-0-0) the top ranked team in the country.

Both teams came out in front of loud, passionate fans who cheered with every move on the field. Each offense took turns moving the ball down the field until the opposing defense stopped them and put their offense back to work. The first 15 minutes flew by with both teams getting two corners each with no success.

The same tempo continued in the second quarter, but with the defenses becoming even stronger. Late in the quarter, Emmaus put on an attack and as the players scrambled in front of the goal where Ava Zerfass found an opening and put the ball past goalie Payton Killian for a 1-0 lead with 1:35 left to play before halftime.

“Coming up the field we had great teamwork and we were working it through the pockets and got the ball up the field. We had a nice shot on goal and then their goalie cleared it and there was an open goal after the rebound,” said Zerfass of how her goal came about.

With Emmaus coach Sue Butz-Stavin (1,014 wins) and Falcons coach Linda Kreiser (854 wins) having 90 years of coaching experience, there was a lot of strategizing to be done at the break. The teams came out playing more intensely in the third quarter. Emmaus picked up two yellow cards and the teams combined for five corners and four shots on goal. Neither team was able to take advantage of their opportunities and Zerfass’ goal stood up through the rest of the quarter, thanks in no small part to Emmaus goalie Emma Cari. The sophomore goalie turned away three shots on goal in the third quarter alone and saved the best for last. With :35 left in the quarter, Cari made a save and then had to instinctually react to a follow up shot to keep the Lady Falcons off the scoreboard.

“I realized that I didn’t get too much air on it when I made the save, so I just had a quick instinct when it came back. It wasn’t in the goal yet and we got it cleared out. It was only a few inches from the line, so it was really close,” said Cari of the late shot that nearly tied the game. “I got a little tip on it and that’s all we needed. It was a pretty good save.”

The final 15 minutes saw the Hornets fighting off Lower Dauphin as the Falcons brought more attackers up the field in an effort to tie the game. With just 2:05 left to play, Emmaus lost Abby Burnett for two minutes when she was given a green card for a play in midfield. The Emmaus defense continued to fight off the pressure, but with under a minute left in regulation, Lower Dauphin was awarded a corner. Time ran out during the corner, but rules stipulate that play should continue until the corner opportunity is completed. Cari again made a save and Lower Dauphin was unable to return any shots on goal and wound up pushing the ball across the end line, to finish the corner and end the game.

“When you approach a season, you always set goals. You always want to compete for your conference championship, district championship and you want to be in the final two in states. Every game we know they’re going to be tough and they’re stepping stones,” said Butz-Stavin. “We preach to them all season long that it’s those early mornings, the tears, the sweat, the hardships. 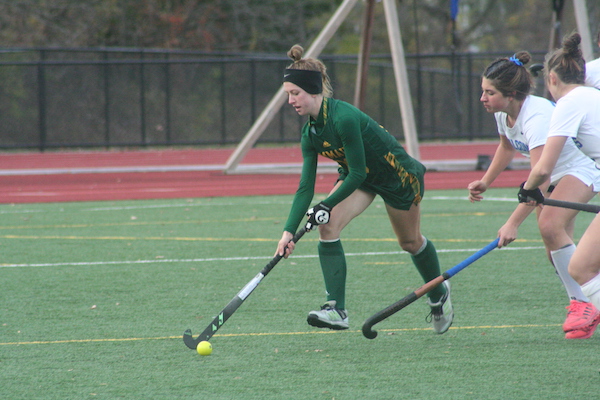 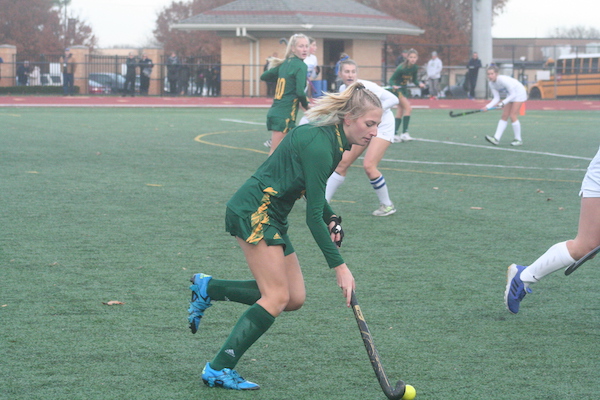 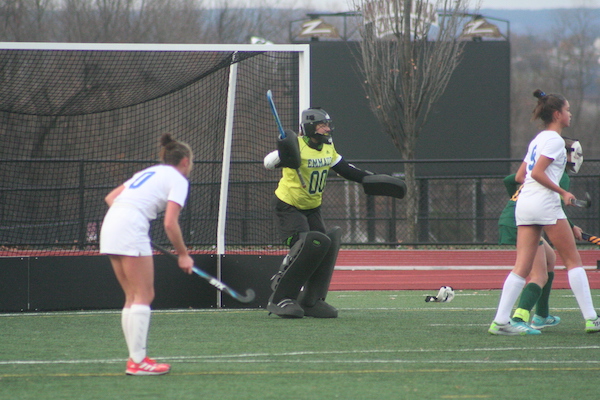