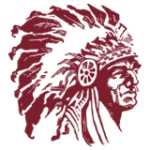 “She broke the school record at the Schuylkill League Championships in the 300m Hurdles. Brittney’s time was 46.96 breaking the previous record held by her coach Vanessa Rimbey. At leagues she placed: 1st 100m Hurdles; 1st 300m Hurdles. At Districts she placed 2nd in the 100m hurdles.”

“Abby is recovering from surgery on her knee due to an ACL tear and meniscus damage. We don’t know if she will be released by the end of the season. She is a state qualifier in two events: discus & javelin (5th at States in javelin). At Districts she placed 3rd javelin; 2nd discus. At Leagues she placed 1st place discus; 1st place javelin. Meckes was named Times News Track & Field Female Athlete of the Year.”

“She placed 3rd in discus & 5th in javelin at Leagues. She is recovering from surgery but we are hopeful she will be able to throw by the end of the season. She is currently training with the distance runners on her road to recovery.”

“She finished 2nd place in high jump at Leagues.”

“Joined track and field last year and is strong in the sprints, especially the 100m & 200m. (Junior)”

Boys: “Our boys team increased in numbers by over 50%. Last year we struggled with our numbers and therefore not all the events were covered. This year we are looking at new talent and competitors in every event. With the increase in numbers we’re excited to see how the guys will push each other and we’re looking to improve our season record. This season will be our first using a FAT system, so we are excited to enhance our program with the new timing system.”

Girls: “Our strongest areas have been in jumps and throws. Six of our girls scored at jumps in Leagues last year. (see names above) Unfortunately our high scorers in the throws, Abby Meckes and Madylin Wolter are recovering from injuries. Our girls team increased in numbers, with over a third of the team consisting of freshmen. Overall we have a solid team, with talented and experienced seniors all the way down to our hardworking freshmen.”