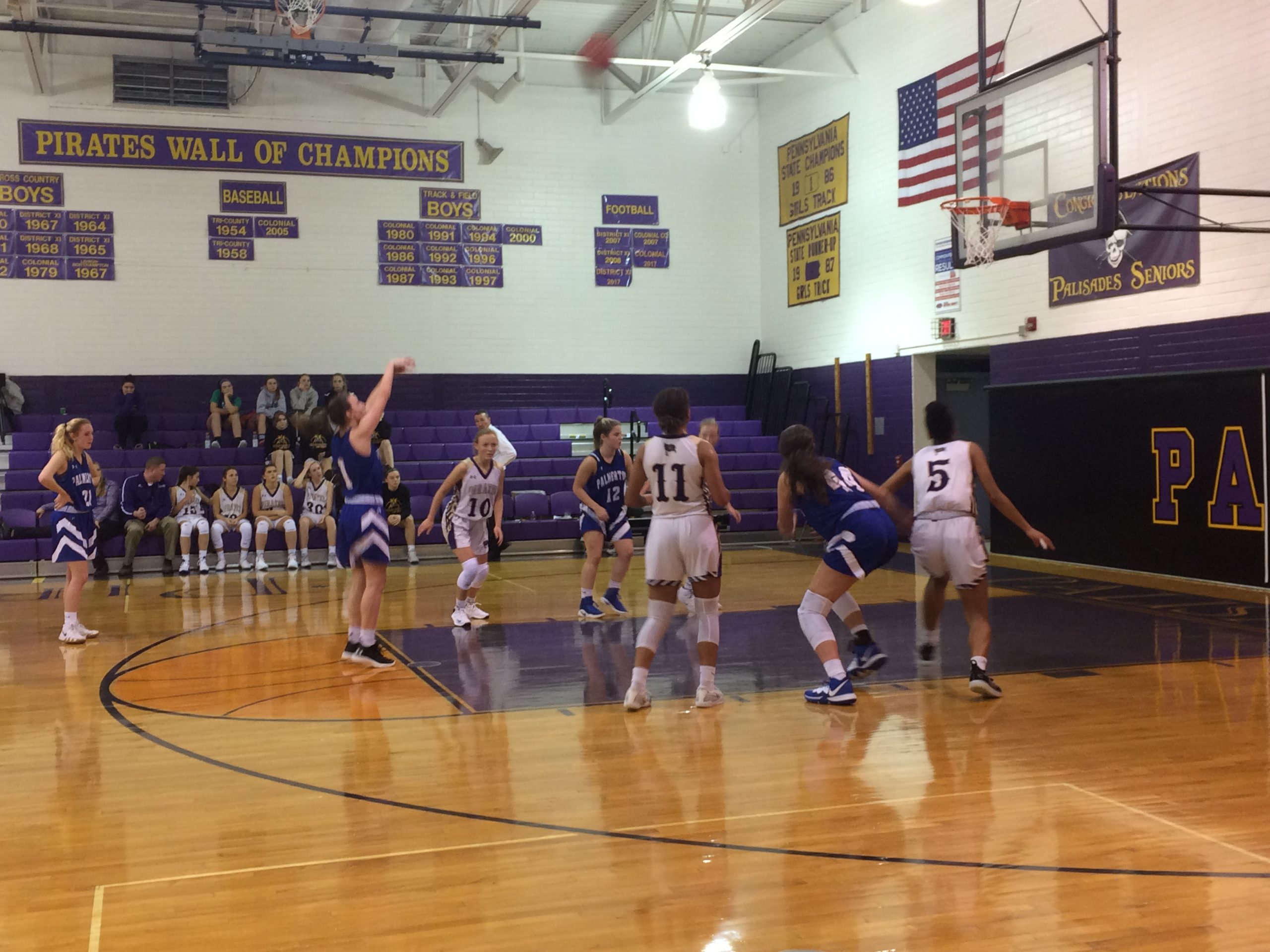 The Palisades Girls Basketball team took on Palmerton late Monday night. It was their first home game of the season, and they were looking for the win. They had two previous games, both away on December 6th and 7th. They won against Harry S. Truman on the 7th with a final score of 59-38.

Palisades’ starters for Monday’s game were: Trinity Williams, Sydney Odle, Alayna Stianson, Libby Stianson, and Olivia Martin. Palmerton scored the first basket of the game, but Palisades quickly recovered with a basket of their own. Freshman Bethie Morgan for Palmerton hit a three-pointer to quickly make the game 5-2.

Palmerton continued their streak when Casi Papay widened the gap to 7-2. Junior Sydney Odle for Palisades got the first free throw of the game and sunk both making the game 7-4. Trinity Williams threw in a three-pointer, tying the game up at seven all with 3:12 left in the first quarter.

Number 11 for Palmerton, Kayla Cincilla started off the quarter by scoring in the first twenty seconds. Libby Stiansin hit a three-pointer followed by Trinity Williams having two free throws to make the score 16-20. Sydney Odle and Trinity both scored once again to tie the game up. Palisades gained the lead for the first time at 23-20 with 3:44 left in the half. Libby Stiansin widened the gap by making two free throws, though Kayla Nothstein for Palmerton made her first basket of the game a few moments later. Palisades received two more free throws and Palmerton hit another three-pointer to make the game 29-26 at the half, in favor for Palisades.

Palisades tried to keep up their momentum after a great second quarter, but Palmerton was the first to make a basket in the second half, made by Bethie Morgan. The Lady Pirates regained focus and scored three more times until Palmerton returned with two baskets of their own. Both Maura Campbell and Olivia Martin for Palisades each received a free throw with seconds left in the quarter making it 37-32. Palmerton made another basket and a free throw to settle the quarter at 37-35, the Pirates winning.

Another free throw for Palmerton widened the gap to 46-43. Trinity Williams got a free throw of her own at 3:42 left in the game. She missed the first basket, but made the second. Palmerton scored again, 48-44. Palisades hit another three-pointer with Palmerton immediately taking the ball back to score, 50-47. With just under two minutes left in the game, Palmerton received two more free throws. Their fourth in a row made the score 55-47. Just seconds left, Palmerton made the final basket of the game. The final score was Palmerton 56, Palisades 47.