The Pirates snatched the lead late in the game in a 9-5 victory over Southern Lehigh on Saturday afternoon. The Pirates trailed 5-4 in the top of the sixth inning when Will Guthier singled on a 1-0 count, scoring two runs. Southern Lehigh scored three runs in the first inning, but the Pirates still managed to pull out the victory.

The big inning for Southern Lehigh came thanks to a single by Stephen Hoyer and a home run by Colin Houck. Southern Lehigh fired up the offense in the first inning. Hoyer singled on a 0-1 count, scoring one run.

In the top of the fifth inning, the Pirates tied things up at four as Jacob Welsh drove in one when he singled.

Also for the Pirates, Asa Cooper went two for four at the plate to lead the team in hits. The Pirates didn’t commit a single error in the field. Welsh had nine chances in the field, the most on the team.

Next game is Monday Home against Wilson. 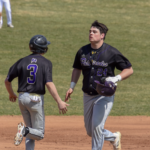 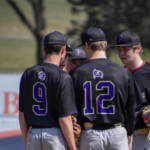