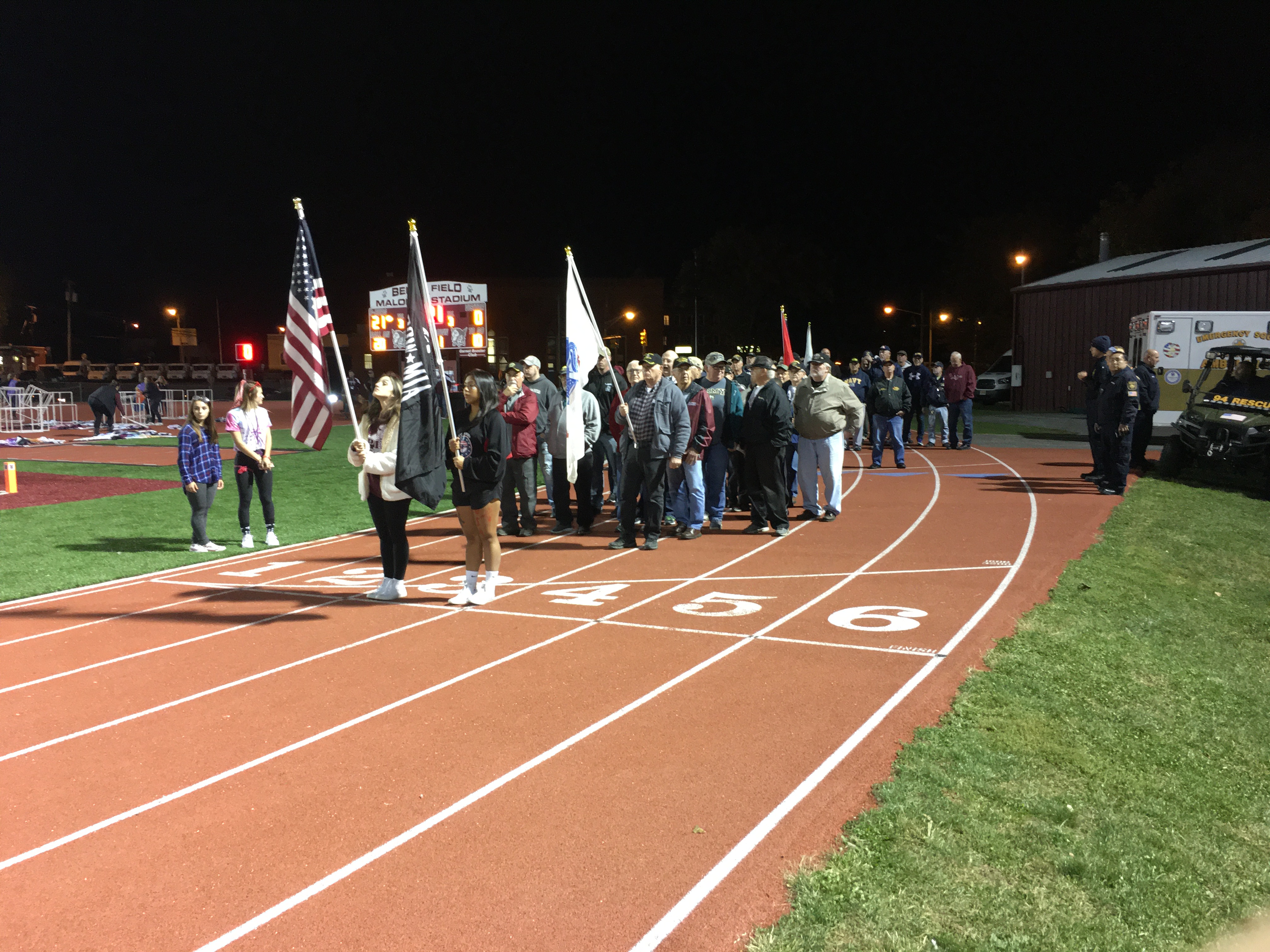 An exhilarating football game against Hillsborough left Philipsburg with a home victory. The student theme was red, white, and blue. Philipsburg’s American theme game was not only for enjoyment. During halftime, the Philipsburg band, stadium, and teams all respected Philipsburg’s veterans and MIAs.

This game had the crowds roaring as Philipsburg scored on the third play of the game. Ben Ries threw a pass, which was caught by Ray Poremba for a 42-yard touchdown. Matthew Quetel rushed 182 yards on 19 carries. Isaiah Craighead added to the night with a 12-yard touchdown in the first quarter to put the Stateliners up 14-0. Poremba finished the night with four receptions on 70 yards. Overall, the team is doing amazing work. Each player can be seen giving it their all. The final score was 28-7, and a Philipsburg victory.

Philipsburg is currently undefeated and plays at North Hunterdon on 10/18 at seven.