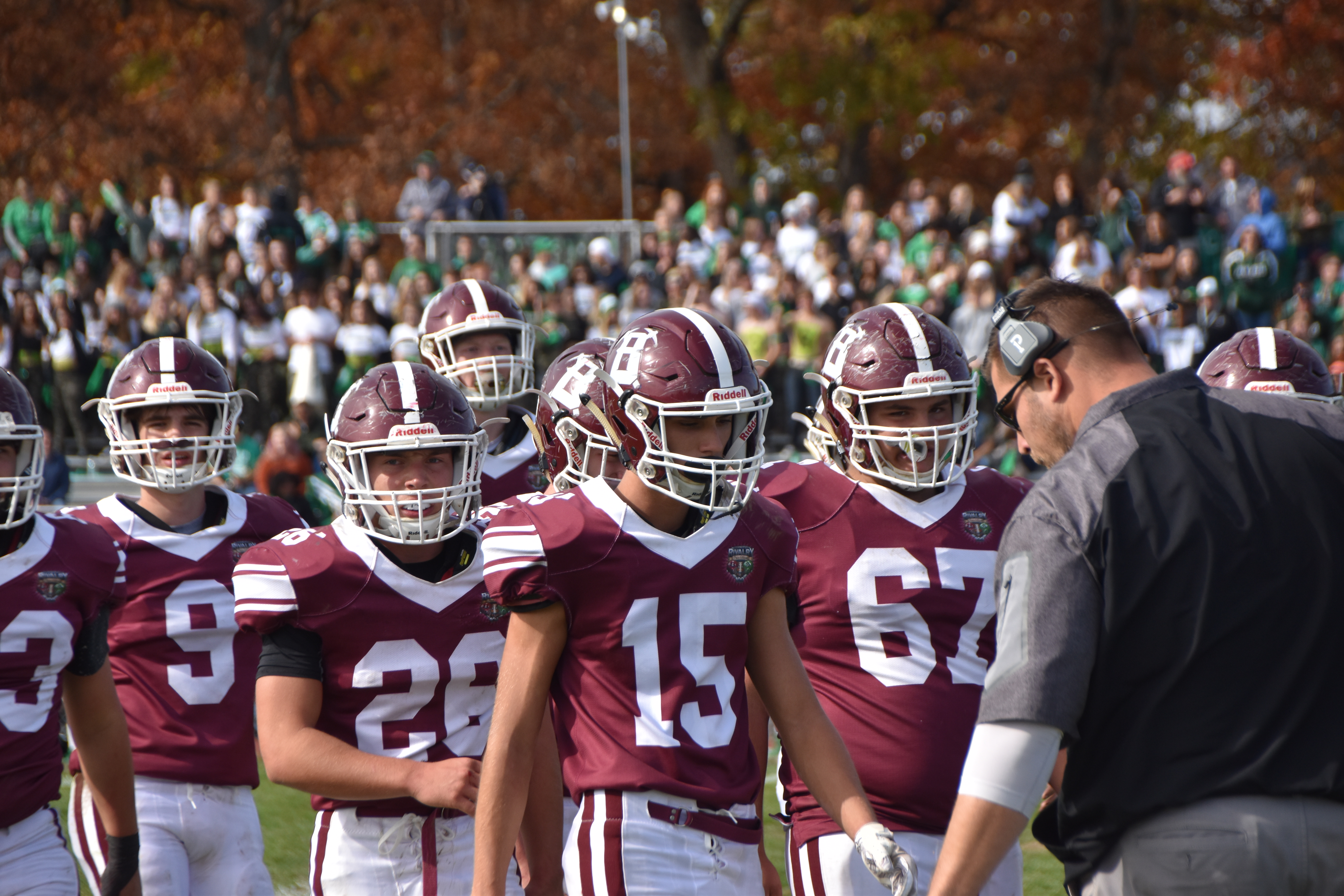 On Saturday October 26th 2019, the Slatebelt community geared up for the big rivalry game between Bangor and Pen Argyl to mark 100 years of tradition and competition. The week of excitement continued to build through spirit week with the honorary banquet, the pep rally and bonfire on Friday night, and the overall rising energy level.

Paul Farnan field at Bangor Memorial Park fell quiet in the early hours of Saturday morning. Posters were hung, shades of maroon and green decorated each teams respected side of the stadium, food trucks were parked, tailgating section was ready, people were still bustling around in preparation for the impending 11:35 kickoff time. The energy you felt walking through the gates of the stadium just screamed tradition and school pride surged through your veins.

As the 11:35 kickoff approached, both teams readied themselves for the game of the century. It was the biggest games of their high school careers as they were now staring down the barrel to having their names go down in history as the top dog or the one who fell just short of the title.

The crowd of 5,000+ roared as the Slaters took the field to oppose the Green Knights. Senior kicker Derek Lasher kickstarted the game with a ball to break through the line. Both of the offensive and defensive teams moved quickly in the first half to put the Green Knights on the board with a touchdown and a successful EP in the early minutes of the first quarter. With another touchdown, a good extra point and a field goal for Pen Argyl in the second half, the Slaters fought hard. They scored a touchdown with 33.7 seconds remaining in the second quarter to make the score Bangor 7 and Pen Argyl 17 to enter the half.

The energy was still surging despite the Slaters being down by 10 starting the second half. The Slater marching band, led under the instruction of junior Andrea Morokutti and senior Andrew Bunn, delivered yet another breathtaking performance. The crowd flooded in maroon and green were still cheering despite the numbers on the scoreboard.

Sophomore Kael Godshalk had a long touchdown run to bring the Slaters another touchdown. With 11:16 left in the third quarter, Bangor trailed Pen Argyl 17-14. At the end of the quarter, Pen Argyl started with a third and 11 from their own 19-yard line. Both sides battled back and forth to bring the Knights to fourth and three on the Slater 24 with only 3:59 left in the game of the century. The Knights exploded in the fourth quarter to come back with two touchdowns, bringing the score to 31-16 with the Slaters still trailing behind.

In the close of the 100th Slatebelt rivalry game, Pen Argyl reigned victorious over Bangor with a final score of 31-16. Despite the final score and the sadness that fell over the Bangor crowd, the community continued to stay a unified force driving these past 100 years of tradition. With still a whole year until the 101st game, planning has already commenced for the game of 2020. The Slater team will be ready to take on the Green Knights again.